Celebrate the 50th anniversary of the moon landing

One small step for man, one giant leap for mankind. Yes, that’s right… Can you believe it has been a whole 50 years since the space legend himself Neil Armstrong pronounced those iconic words as he made history planting the first human steps onto the wondrous object in the sky that we call the moon? 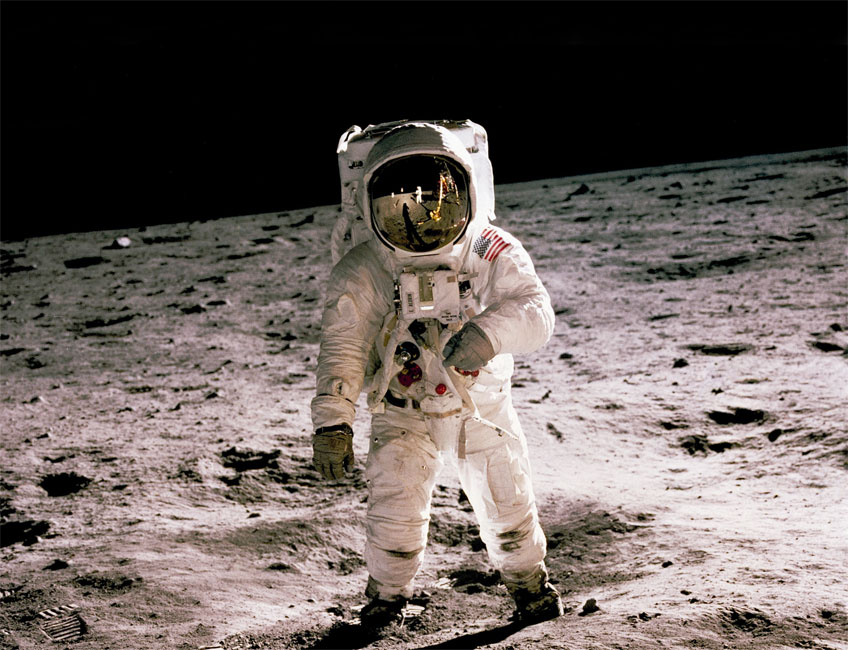 Destination Space – Apollo has landed and over the next few weeks, weekend programmes will orbit around all things space with a variety of hands-on activities, exhibitions, fulldome films and live shows. 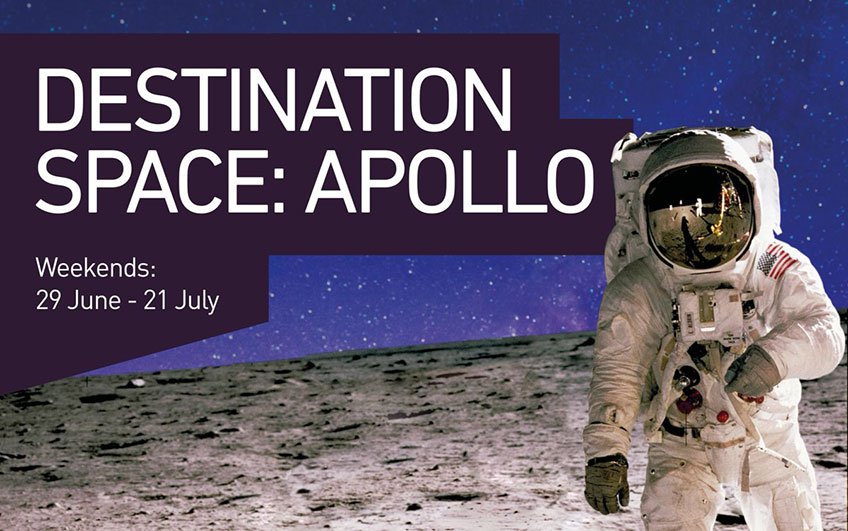 Whether you remember the Moon landing like it was yesterday or are part of the next generation of scientists, there really is something to spark curiosity across all ages. Tickets can now be booked for the Destination – Apollo weekend events which will be running every weekend from 10 am up until Sunday 21 July.

What better place to get stuck in with exploring all things planets, galaxies and stars than within the UK’s largest standalone planetarium? This state-of-the-art planetarium will be showing a variety of both fulldome and live show experiences over the next few weeks.

The Planetarium, which has been a feature at Winchester Science Centre since 2008, has undergone a full system upgrade by world-leading planetarium provider Evans and Sutherland and Skypoint Planetariums, and the results are spectacular. Expect to find high definition visuals with deeper star fields than ever before and stunning contrast.

But that’s not all. The new system brings new capability regarding accessible content enabling Winchester Science Centre and Planetarium to provide shows for people with visual and hearing impairment, through personal audio experiences and subtitles.

Whether you are getting involved in one of the Destination Space – Apollo weekend events, or are planning a visit during the week, there are a great variety of Planetarium shows. Be sure to catch the ones that you would like to see by taking a look at the Planetarium’s show listings. Planetarium shows are available for an additional £3.50 per person on top of general admission, or £6.60 per person without general admission.

Available on weekends and selected weekdays

This 360-degree fulldome film is a captivating, historical documentary that showcases the brilliance of the Apollo program, homing in on the immense challenges that were overcome to put the very first human on the moon.

A 21-minute long fulldome film that invites you to find out what it really takes to become an astronaut. Delve into the mysterious worlds of inner and outer space and join the show’s test astronaut ‘Chad’ as he uncovers the perils that lurk in space.

Secret of the Cardboard Rocket

Available on weekends and selected weekdays

This child-centred approach to astronomy makes for the perfect fulldome show for younger scientists under 8 years. Join the galactic adventure as two young explorers blast off into space from their very own homemade rocket-ship and make a visit to each of the eight planets before flying safely back home.

Young explorers can discover just how different each of the planets are in an interactive and easy-to-follow story that is told with gentle drama and beautiful music.

Secret of the Cardboard Rocket

Flight Through the Universe

Available on weekends only

Take the ultimate tour of space, getting closer than any astronaut of spacecraft has been before within this whirlwind tour of the universe. This 360-degree show is lead by a live presenter who will take you on an epic journey through our marvellous solar system, making a pit-stop at the moon on route to discovering planets, stars and other galaxies. There are opportunities for all ages to get involved and ask questions throughout.

Winchester Science Centre is well known for feeding inquisitive minds with their fantastic selection of exhibits that allow little ones to freely explore the wonderful world of science and technology. Head down to the lower exhibition floor over the next few weeks and you will find the Explorer:Space zone with its themed modular exhibits designed to tap into curiosity and inspire scientists of the future.

Children of all ages can let their inner space explorer loose and get hands-on whilst learning about space, covering everything from meteorites to stardust, robots to coding and atmospheric pressure to human space flight.

Be sure to catch one of the centre’s inspirers who will be roaming the exhibition floors with fascinating science-themed busking, including the opportunity to taste space food, tune into the sounds of space travel and experience the unique smells and textures of the moon.

The invention studio gives young scientists the chance to put their creative caps on whilst having a go at some of the centre’s challenges activities and activities. Throughout the next few weeks, there are an array of fun activities in store including the opportunity to create an astronaut pin badge and even design and build a lunar buggy!

Something for the grown-ups

Do not be mistaken into thinking that Winchester Science Centre and Planetarium is just for younger generations. If you find your own curiosity sparked by the 50th anniversary of the Apollo 11 lunar landing, or are a space or science enthusiast, then why not tap into your inner space explorer and book onto the centre’s After Dark event on Saturday 20 July from 18:00 – 22:00.

This adults-only evening invites you to explore the fantastic Explorer:Space exhibition floor, before taking your seats at 19:17 within the Planetarium for the CAPCOM GO! 360-degree fulldome show. Join a virtual space flight at 21:00 which will be lead by an experienced presenter. At exactly 21:17, 50 years to the day of the Apollo 11 landing, experience a Moon landing for yourself.

Throughout the evening there are opportunities to pick up drinks and light snacks from The Hub Cafe & Bar. Tickets are available from £12.50 per person, with a 50% discount for Annual Pass Holders.