Tuesday 18 May 2021 is International Museum Day. It’s a double celebration this year as many of our museums are now open once again, so what better way to celebrate than planning a visit to the fantastic museums in the district?

Remember to plan and book ahead and please continue to follow government guidance when you are out and about.

This International Museums Day visit the most treasured Jane Austen site in the world – now a museum dedicated to the life of this beloved author. See the table Jane wrote at as you explore the home she shared with her mother and sister Cassandra for eight years. It is whilst living in Chawton that Jane’s genius flourished and where she wrote, revised and had published all of her famous novels Sense and Sensibility, Pride and Prejudice, Mansfield Park, Emma, Northanger Abbey and Persuasion. Hands-on activities for all ages can be found alongside in-depth information panels and family objects, housed in the rooms that Jane would have known. 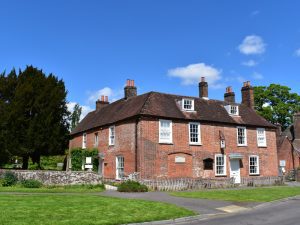 Winchester’s Military Quarter is home to six fascinating museums each telling an individual story of military history. Discover the story of three famous Cavalry regiments at Horsepower, The Museum of The King’s Royal Hussars, explore The Royal Hampshire Regiment Museum celebrating the County Regiment for Hampshire and the Isle of Wight who have served the Crown for nearly 300 years, and learn of the part played by regiments in campaigning for peace over two and half centuries at The Royal Green Jackets (Rifles) Museum. You can also explore The Rifles Museum offering a fascinating insight into the story of the largest infantry regiment of the British Army, The Gurkha Museum which tells the moving and unique story of Gurkha service to the British Crown and its people for 200 years, and The Adjutant General’s Corps Museum to learn how Britain’s soldiers were paid, educated, and disciplined, and the history of women in the British Army.

Each museum hosts fantastic collections of objects including medals, painting and military pieces, each with its own story to tell. The Museums are house at the old Peninsular Barracks, a Victorian complex that is the historic home of the Rifle regiments.

All museums are opening the week of the 17 May, please check the museums website for details. 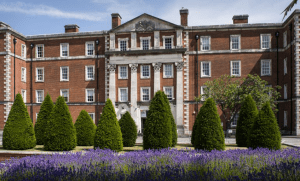 Discover more military history at Fort Nelson – home to the national collection of artillery and historic cannon – the big guns – it’s a great day out for all the family.

Step back in time and explore a fully restored Victorian fort with its high ramparts, original fortifications, massive parade ground and underground tunnels, plus a national museum housing over 700 pieces of artillery from across the world and spanning 600 years of history – each with their own story to tell.

Located in a key position above Portsmouth, Fort Nelson was built in the 1860s to protect against a potential invasion by the French, which never materialised.

The Westgate Museum tells the story of the history of Tudor and Stuart Winchester as well as the remarkable history of the building itself. Used as a debtor’s prison for 150 years this beautifully refurbished listed monument is the last of the main medieval gates into the city. Today, Westgate Museum’s displays include a famous collection of pre-imperial weights and measures and a fine painted ceiling made for Winchester College in anticipation of a visit by Mary Tudor and Philip of Spain on the occasion of their marriage in Winchester in 1554. 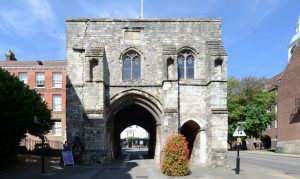 Discover the story of England’s ancient capital in this museum in the heart of the city centre. Winchester, once of seat of Alfred the Great, has a rich history from its origins as an Iron Age trading centre to being the last resting place of Jane Austen, you can explore the city’s past and present in the museum’s three galleries. Be sure to view the Winchester Model, a breath-taking scale model of the city in Victorian times – can you spot the similarities and differences? 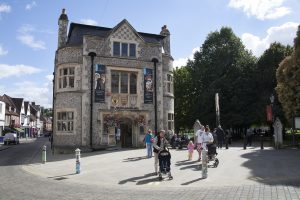 Immerse yourself in military history at the Royal Logistic Corps Museum. This fascinating and unique museum gives visitors an insight into how the British Army was moved, supplied and sustained over the centuries. Discover a range of military horse-drawn and motorised vehicles, uniforms, weapons, medals and much more.