Lovers of Jane Austen, rejoice! If you’re looking for a great day out or staycation with links to Britain’s most beloved author, visit Winchester.

The district is home to a number of attractions connected with the writer, plus a trail visitors can follow to learn more and even a nine-day festival dedicated to her!

Jane Austen moved to Winchester for treatment for Addison’s disease – a rare disorder of the adrenal gland believed to be the cause of her death. But before that she lived in the village of Chawton, 17 miles from Winchester and now home to the Jane Austen’s House museum and Jane Austen Regency Week. 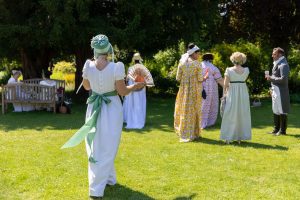 Chawton, with the market town of Alton, will celebrate the literary great from Saturday 18 to Sunday 26 June this year. The festival will begin on the Saturday with a traditional Regency Day in Alton, where the High Street will be filled with market stalls and play host to music, singing, dancing and horse and carriage rides. Visitors are encouraged to dress in Regency finery. Then that afternoon learn steps at a Regency Dancing Workshop with live music and instruction, ready for the Regency Ball at Alton Assembly Rooms that evening. On Sunday 19 Jane Austen’s House Museum and Chawton House (where Jane Austen’s brother lived) will host events and that evening there will be a Regency Choral Evensong at St Lawrence Church, Alton. During the week walks, talks, music, drama, workshops and more are planned and on the second weekend, the Country Dance and Regency Supper. Click here to learn more about the festival. 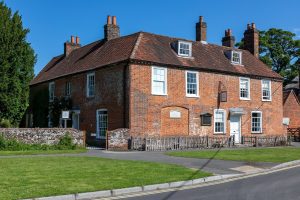 During Regency Week the museum will host a packed programme of events. Including on Sunday 19 and Thursday 23, Waking Up the House – an early morning exclusive look behind the scenes, followed by a light breakfast. A low capacity for this event will make it a truly special experience. On Tuesday 21 there will be a Calligraphy Workshop with expert calligraphy teacher Alejandra Gonaldi. Jane Austen was a prolific letter writer and this is an opportunity to learn how to write with a dip pen and ink as she would have done. For the event workshoppers will receive an exclusive calligraphy kit. Also, on Friday 24 visit the museum for Gin Austen – a chance to learn about the history of the building (once a coaching inn where two murders are rumoured to have taken place); discover the food and drink consumed by the Austen family; and enjoy a tipple in the garden.

Read our blog about Her Royal Highness the Duchess of Cornwall’s visit to Jane Austen’s House in April and click here for more events taking place at the museum during Regency Week.

If you pay a visit to Jane Austen’s House from now until Sunday 2 October, you will also get the chance to enjoy a new display, Jane Austen Undressed – showcasing Regency underwear (historical garments and iconic items from costumes from TV and film adaptations, including the white shirt famously worn by Colin Firth as Mr Darcy in the BBC’s 1995 Pride and Prejudice.

Attractions in Winchester and beyond…

If you’re visiting the district during Regency Week (or any other week for that matter), make sure to leave plenty of time to explore Winchester and the attractions and locations that tell the story of Jane Austen’s life. 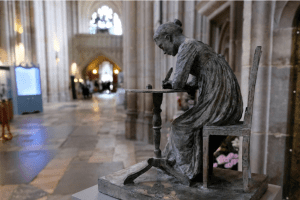 In Winchester stroll down College Street to find the house where she spent the final weeks of her life. Next to Winchester College – where many of her nephews went – a blue plaque hangs above the door to the property, now a private residence.

After Jane died, aged just 41, she was buried in the north nave aisle of Winchester Cathedral, where there is a brass memorial plaque, memorial window and an exhibition about her. Book your place on a special tour on Friday 8 July – ‘Jane Austen: Her Life & Times’ Tour.

Journey to Chawton to Elizabethan manor, Chawton House, where Jane Austen’s brother Edward lived. He offered his mother and sisters a property – now Jane Austen’s House – on his Chawton estate and Jane regularly visited Chawton House, now open to the public and hosts a collection of women’s writing dated 1600 to 1803. Visit their website or search here for what’s on. 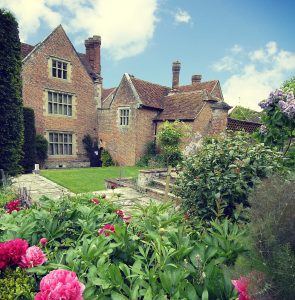 Stop in the village of Steventon, in north Hampshire, where the writer was born; and St. Nicholas’ Church where she was baptised. The Grade II listed Wheatsheaf Inn, in North Waltham, was once a coaching house Jane visited as a child. She also visited Portsmouth while her brothers were serving in the city in the Royal Navy and which she describes in her novel Mansfield Park; and lived in Southampton where she danced in the Dolphin Hotel and visited the ruins of Netley Abbey and 18th century shipbuilding village, Buckler’s Hard.

Learn even more about Jane Austen and these locations with the Austen Trail. Leaflets can be picked up from Winchester Visitor Information Centre on the ground floor of the Guildhall, The Broadway.