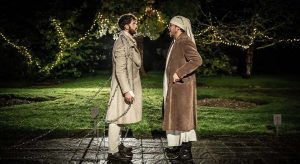 … and what better way to start than with A Christmas Carol at Beaulieu, running from 17 December to 2 January. Embrace your inner Scrooge at this intimate performance set within the spectacular Beaulieu Abbey ruins and cloister. Watch as the London Touring Players retell the classic story of Ebeneezer, the elderly miser visited by the spirits of Christmas Past, Present and Future.

Visit Winchester Science Centre between now and 16 January to learn about dinosaurs, including the differences between the types of dinosaur that once roamed the Earth. There’s an interactive show and experiments. Father Christmas will be taking part until 23 December – but just ignore him!

Until 4 January, follow Winchester BID’s Gingerbread (Christmas) Trail. Find the ten gingerbread characters whose letters form a festive word and complete a trail sheet for a chance to win a hamper. Don’t worry, it’s just a game of hide and seek! 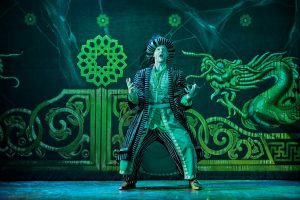 Credit: The Other Richard

Drop in to Marwell Zoo where you’ll be in good company as the giraffe and rhino don’t care that it’s Christmas. However, show them love regardless by purchasing memberships and animal adoptions – not as inspired gifts for family and friends of course, but supporting the zoo’s important conservation efforts.

Have you seen the film, How The Grinch Stole Christmas? He stands on top of a mountain shouting ‘I hate you’ at the residents of the village of Whoville down below. We don’t have any mountains but you can still climb high on a Winchester Cathedral Tower (tours run until 21 December). 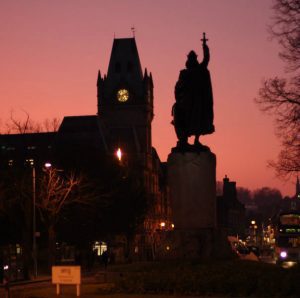 Other ideas – enjoy a breath of fresh air and learn about Winchester’s rich history or follow in the footsteps of literary masters like Keats and Jane Austen by following one of our trails.

Visit Winchester City Museum to learn about the city’s origins as an Iron Age trading centre. Enjoy the ancient artefacts of Winchester College’s Treasury and explore the heritage and culture of the Gurkha Soldier – recruited from Nepal to serve in Britain’s Armed Forces – at The Gurkha Museum in Peninsula Barracks.

Finally, we dare you to enjoy any other drink at this time of year instead of spiced mulled wine or cider, or cream and mini marshmallow-topped hot chocolate and go ahead and indulge in any other meal than a delicious roast topped with all the trimmings, Christmas pudding and mince pies – choose from these places to eat across the Winchester district.