Visit Winchester > Blog > Get inside the gardens at Chawton House

Get inside the gardens at Chawton House

Chawton House is well known as the ‘Great House’ which was enjoyed by Jane Austen and owned by her brother Edward. It is also a registered charity conserving a unique collection of early women’s writing. Visitors to this Elizabethan manor house also usually have the chance to relax in the peace and tranquillity of its gardens – however in light of the current advice on staying home to reduce the spread of COVID-19, we’ve interviewed their Gardener, Julia Weaver to bring Chawton House’s gardens to you especially for National Gardening Week!

How long have you worked at the Chawton House?

I started work at Chawton House on 2 January this year. The gardens have a fascinating history and although many people know about the house and library, the gardens have been a hidden secret. I knew I would be busy just getting to know the gardens and keeping up with the general maintenance, recruiting a volunteer team and engaging with the local community. Three months on and there are now different challenges! The focus is on keeping the gardens looking as good as possible ready for the day we re-open to the public. As a charity money is tight, so we are also thinking about how we can save money and help to generate income over the coming years. Most of our planting this year will be from seeds and cuttings of existing plants, concentrating on a few areas that can be looked after easily by just one person! 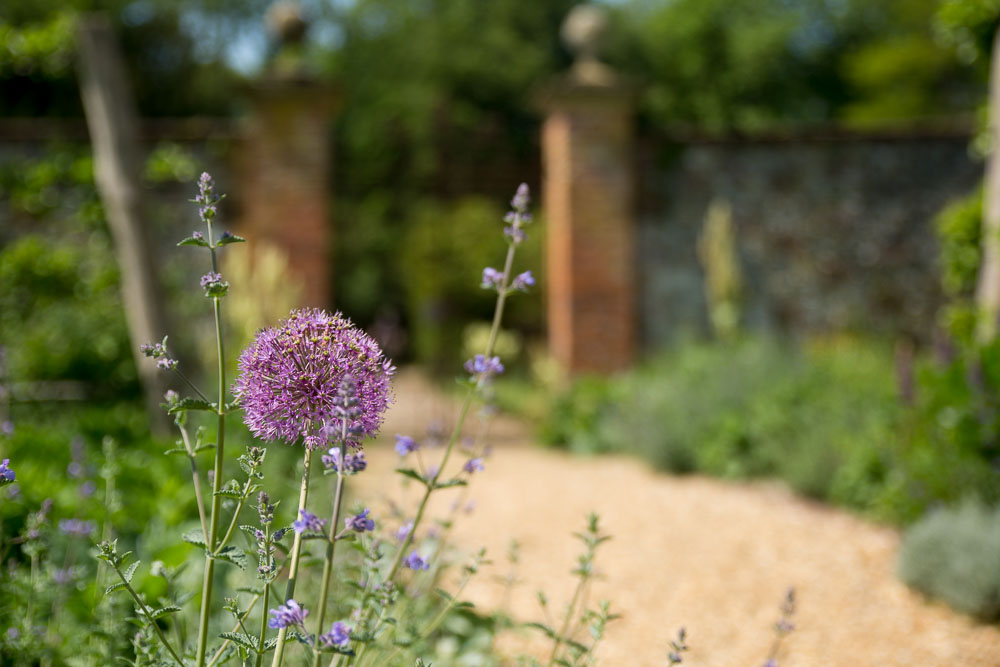 How did you discover your love of gardening?

I’ve always loved gardening and my earliest memories are of spending time in the greenhouse with both my grandads in Birmingham during the 1970’s – Grandad Weaver grew Celosia (Coxscomb) and Calceolaria (Slipper flower), Grandad Tonge grew tomatoes and had a big vegetable plot at the bottom of the garden, with a big cooking apple tree that my nan used for apple pies. After dabbling at home for years I finally took the plunge to become a gardener seven years ago, training at Polesden Lacey with the National Trust.

What are the inspirations for the garden at the Chawton House?

The history of the gardens is fascinating with influences from different historical garden movements.

It begins in around 1740 with the position of the formal gardens to the front of the house as depicted by Mellichamp’s painting of c.1740. During the period 1763-1780 these were swept away, and replaced by the English Landscape style with parkland, a Ha-Ha and sweeping Arcadian lawns set in a naturalistic landscape. Around 1904/5 the Library or Lower Terrace was re-designed in the Arts and Crafts style by Edwin Lutyens, commissioned by Montagu Knight, with step risers made from old tiles and two inset millstones. The grounds and gardens are continuing to be in the process of restoration; renovation work in the gardens at Chawton House began in early 2003/4 when the walled garden was planted with formal box hedges surrounding a vegetable plot and planted borders. A rose garden was created and the Lutyens designed wall was rebuilt along the Upper Terrace. In 2016 an Elizabeth Blackwell herb garden was created inside the walled garden inspired by the book ‘A Curious Herbal’ of which we hold a copy in the Chawton House library collection. My role is to continue to revitalise the garden with it’s strong historic links to both Edwin Lutyens and the walled garden built by Edward Knight from 1818-1822, using planting schemes inspired by native trees and shrubs prior to 1840, as well as areas defined by garden designers of the 19th century such as Gertrude Jekyll.

Are there any hidden gems in the garden? 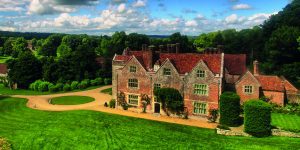 Around the garden there are a number of religious tiles, embedded into the walls, which are very unusual. We think they are of Portuguese or Spanish origin and date to the late 1700’s/early 1800’s, although the technique was used from the middle of the 14th century in central Asia. They are made using dry cording, a method of applying glazes to ceramic surfaces, and are coloured using early electro-plating techniques.

Which is your favourite plant?

There are a number of significant trees at Chawton: A black Walnut (Juglans nigra) on the south lawn – 200-250 years old; a Tulip tree (Liriodendron tulipifera) to the east of the Upper Terrace – 150-175 years old and one of the tallest in Hampshire; a Judas tree  (Cercis siliquastrum) next to the walled garden – 75 years old; Lime tree avenue planted by Montagu Knight in the late 1800’s designed to act as a focal point connecting the wider parkland to the approach to the house.

What are your three top tips for gardening enthusiasts? 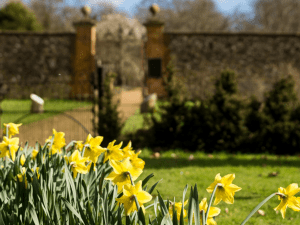 Visit Winchester would like to thank Julia Weaver for her insider’s view of Chawton House’s gardens.