Winchester is increasingly becoming a hot spot for producers and directors worldwide, both on the small and big screen. For location agents of documentaries, historical dramas and feature films they are spoilt for choice – the Winchester district has everything from stunning architecture to rolling countryside and vast open spaces – setting the perfect scene for any romance or thriller. 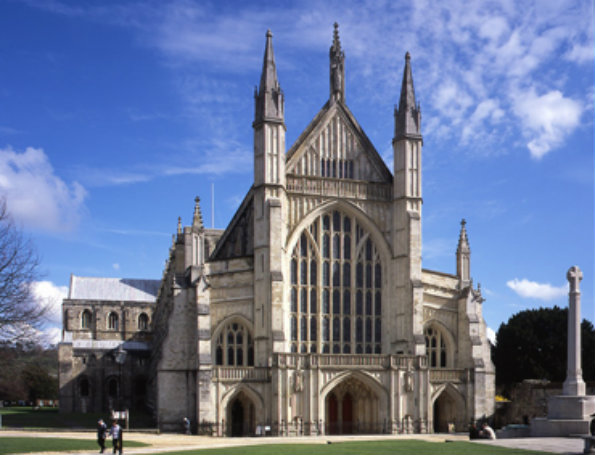 Netflix’s The Crown has filmed at Winchester Cathedral twice. Firstly for an episode in  season three where viewers watched the Queen attending the funeral of Prime Minister Winston Churchill, in real life, this funeral was held at St Paul’s Cathedral. The Crown then came back to Winchester Cathedral in 2020 to film the funeral of Lord Mountbatten (which in real life took place at Westminster Abbey) and to film Charles and Diana’s wedding (in real life this took place in St Paul’s Cathedral) for season four.

Winchester Cathedral famously doubled up as the Vatican in the adaption of Dan Brown’s mystery thriller The Da Vinci Code (2006), starring Tom Hanks. The film follows the investigation of a murder inside the Louvre, and clues in Da Vinci paintings, lead to the discovery of a religious mystery protected by a secret society.

The cathedral was also used to film some scenes in Elizabeth: The Golden Age (2007), which was the sequel to Elizabeth starring Cate Blanchett and Clive Owen. The film is about a mature Queen Elizabeth endures multiple crises late in her reign including court intrigues, an assassination plot, the Spanish Armada, and romantic disappointments.

Another big production that chose Winchester to film in and where Winchester Cathedral was one of the three locations in Winchester was the BBC miniseries adaption of the acclaimed novel Wolf Hall, in 2014. The TV series follows the downfall of Cardinal Wolsey, his secretary, Thomas Cromwell, finds himself amongst the treachery and intrigue of King Henry VIII’s court and soon becomes a close advisor to the King, a role fraught with danger. 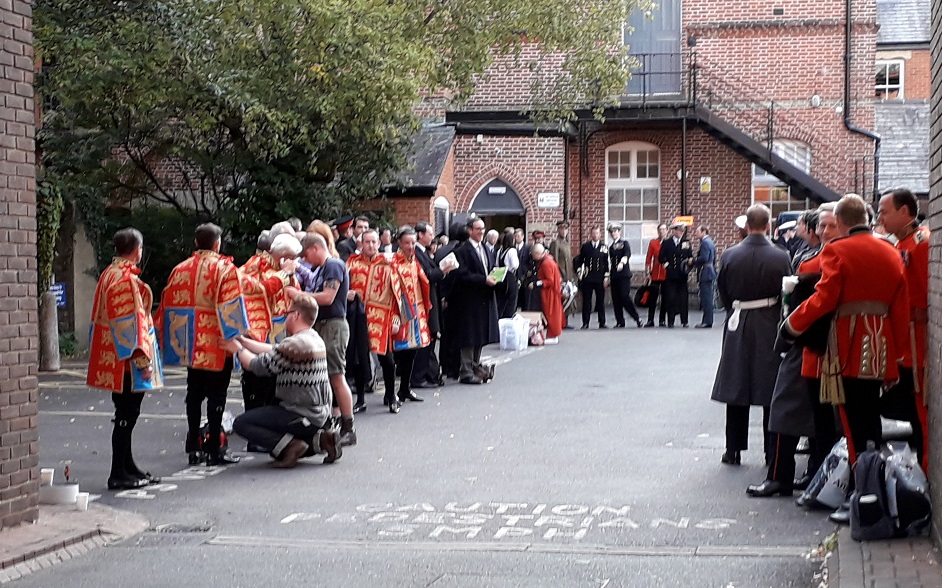 Filming of The Crown, Winchester

The College is popular filming location for many. As well as smaller productions it has also hosted some major films such as the incredible  Les Misérables (2012) a musical featuring Hugh Jackman, Russell Crowe and Anne Hathaway to name but a few. Les Misérables not only used Winchester College but also used Kingsgate to film some of its scenes, why not see if you can spot Winchester next time you watch it?

The Riot Club (also know as Posh, 2014) with Max Irons, had scenes filmed in two locations in Winchester. The story follows two first-year students at Oxford University join the infamous Riot Club, where reputations can be made or destroyed over the course of a single evening.

The TV drama Goodbye Mr Chips (2002) based on the Latin master Mr. Chipping is the mainstay of Brookfields boys boarding school, starring the fabulous Martin Clunes, ironically had scenes filmed at Winchester college.

National Lampoon’s Van Wilder 2: The Rise of Taj (2006), starring Kal Pennalso had scenes filmed in Winchester College. The romanic comedy is based on the adventures of Taj Mahal Badalandabad  who leaves Coolidge College behind for the halls of Camford University in England, where he looks to continue his education, and teach an uptight student how to make the most out of her academic career.

The Crown shot several scenes of early its shows in Winchester College and the area around the Wykeham Arms in January 2016.

Winchester College and the surrounding area was also home to the filming of scenes in the BBC comedy Decline and Fall, starring Jack Whitehall and Eva Longoria. The series sees Paul Pennyfeather as an inoffensive divinity student at Oxford University in the 1920s, who is wrongly dismissed for indecent exposure having been made the victim of a prank by The Bollinger Club.

Victoria & Albert – The Wedding, a  BBC 2 Documentary presented by Lucy Worsley was filmed at the college in August 2018 and transmitted Dec 2018. Scenes were filmed inthe Chapel and Chamber Court and the show saw Lucy Worsley restaging the wedding of Queen Victoria and Prince Albert, each detail is brought back to life in a spectacular ceremony.

The Watercress Line has featured in many films, dramas and documentaries including the sci-fi thriller Children of Men (2006), with Clive Owen, Julianne Moore and Sir Michael Caine, set in 2027, in a chaotic world in which women have become somehow infertile, a former activist agrees to help transport a miraculously pregnant woman to a sanctuary at sea.

Another film to have filmed at the Watercress Line is High Heels and Low Lifes (2001) starring Minnie Driver and Danny Dyer, a comedy exploring the ups and downs of a bank heist. 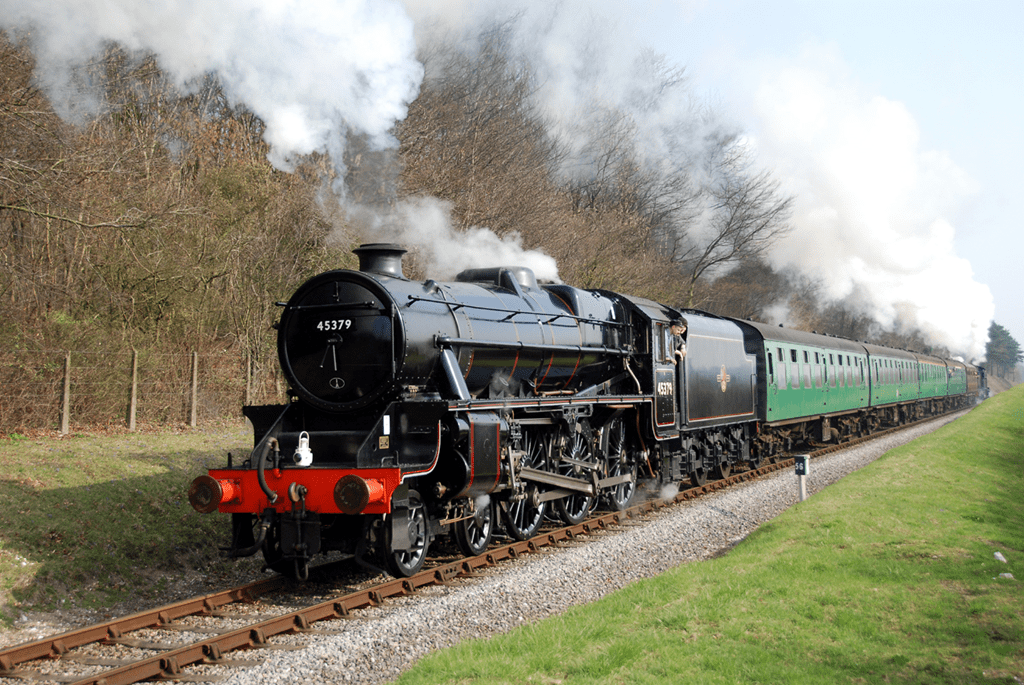 The Great Hall is ironically home of the round table and has also played host to a number of films and TV series.

It was the second location used in Winchester for the film The Riot Club (Also known as Posh, 2014) starring Max Irons, which also filmed at Winchester College.

It was also one of the three locations in Winchester used to film scenes for the BBC mini-series adaption of the acclaimed novel Wolf Hall, in 2014.
Scenes for the second series of BBC’s televised Shakespere adaption The Hollow Crown were  filmed in Winchester’s Great Hall, with Benedict Cumberbatch shooting scenes in 2014.
Lady Jane, a drama about how the death of King Henry VIII throws his kingdom into chaos because of succession disputes, starring Helena Bonham Carter was also filmed in The Great Hall in 1986.
This 13th-century building is also a favourite choice for the BBC History Magazine Weekend in Winchester – the hall provides a beautiful backdrop for the festival. 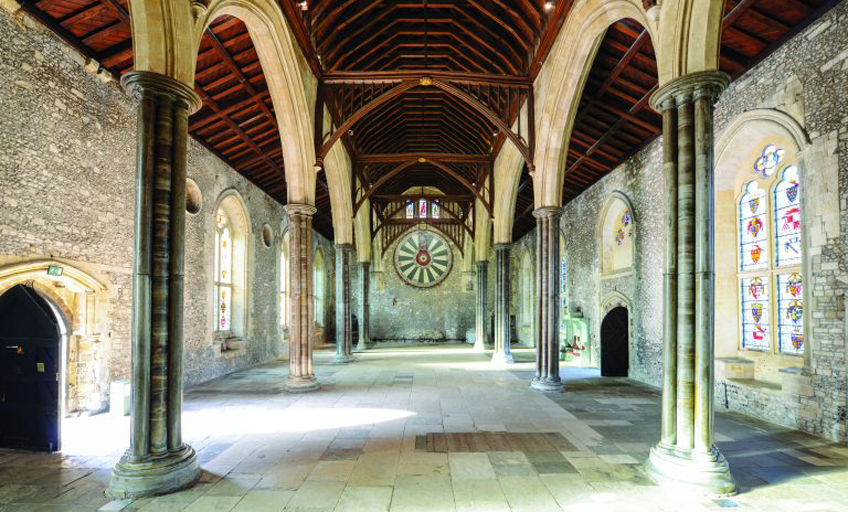 The Hospital of St Cross is another of Winchester’s attractions that has been picked for many productions to film at. It was one of the three attractions that the spectacular Wolf Hall was filmed at.

Nestling alongside the River Itchen and surrounded by the water meadows, the Hospital of St Cross’ location also played host to part of the TV series The Day of the Triffids (2009, part two), starring Dougray Scott. A sci-fi horror, the plot exploring how most of the world blinded and the dangerous carnivorous Triffids set loose, it falls upon a band of scattered survivors to fight this plant invasion and the madness following.

Heist (2008) a TV movie, about a ragtag bunch crooks and ne’er-do-wells plot to take revenge on Edward I, starring Kris Marshall was also filmed in The Hospital of St Cross.

Time team have come to Winchester on a number of occasions and in 2001, in particular, they filmed in not only the Hospital of St Cross but also St Swithun’s School and Hospital field (the dig site). 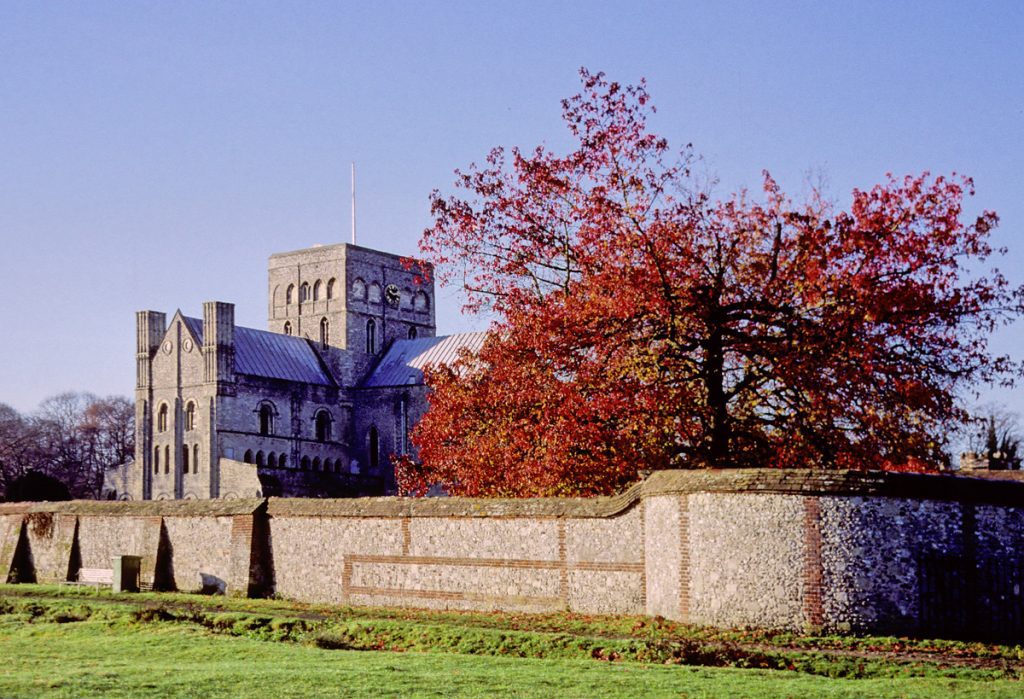 Autumn at the Hospital of St Cross

The BBC Politics Show came to the Westgate Museum in 2006, throughout the show Peter Henley (presenter) held onto the enormous keys to the door of the museum and threatened to lock the Members of Parliament in the museum after the show. 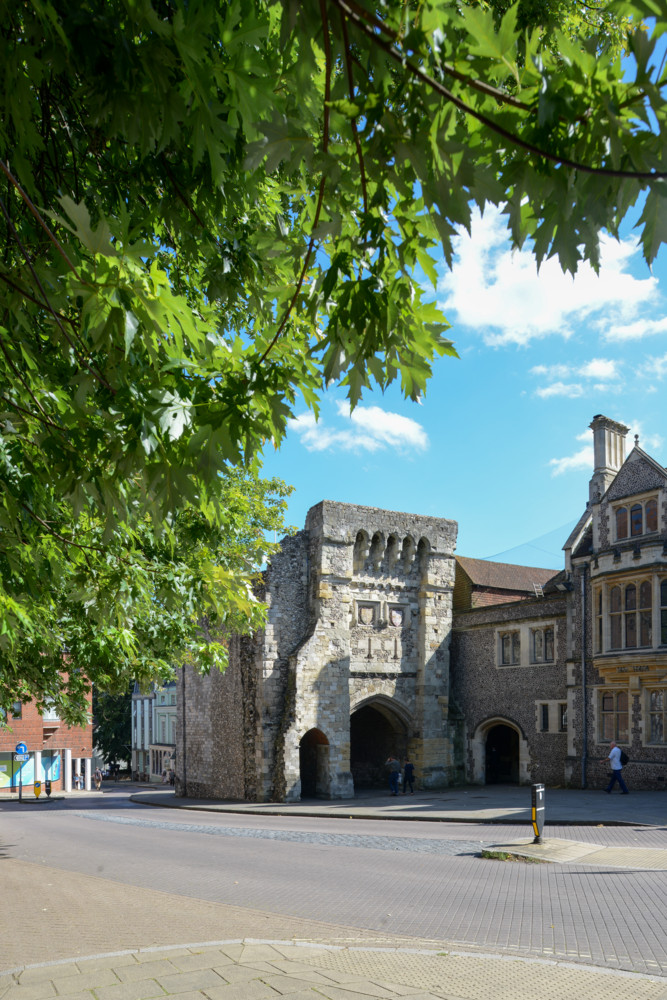 Flog it has been filmed in Winchester a couple of times using many of the cities beautiful antique shops and also featured the magnificent Guildhall Winchester.

The popular BBC Question Time, presented by Fiona Bruce, was streamed live from Guildhall Winchester in 2019. 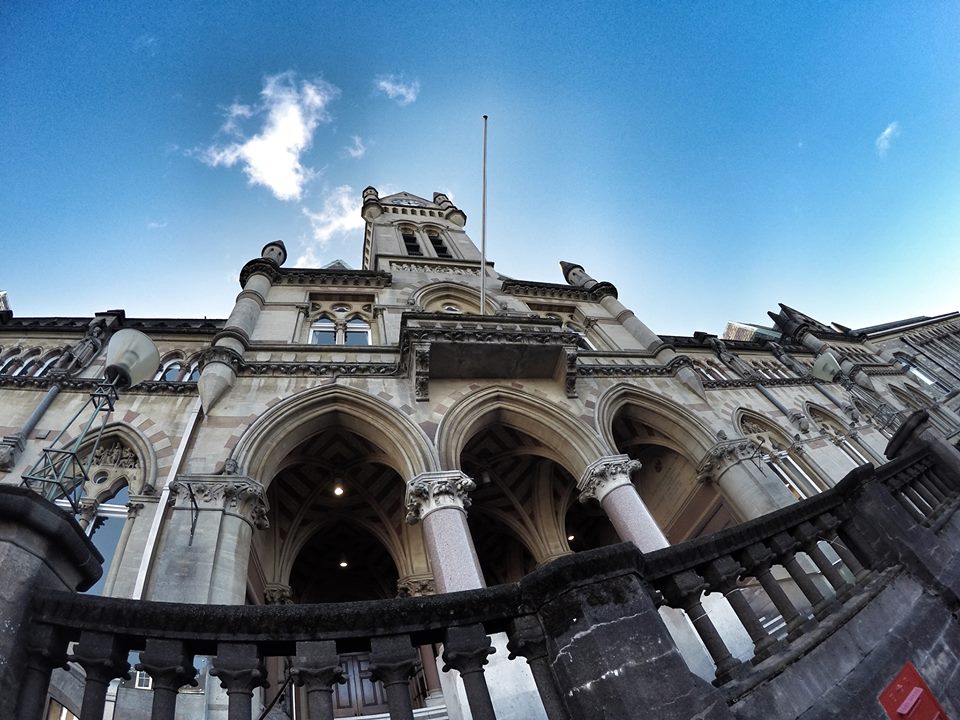 Jane Austen, one of the world’s most famous authors, spent the majority of her life in Hampshire, a story re-told in Becoming Jane (2007), although it was not filmed at the house itself. Jane Austen’s House is the place to go if you want to discover the life of this wonderful author. 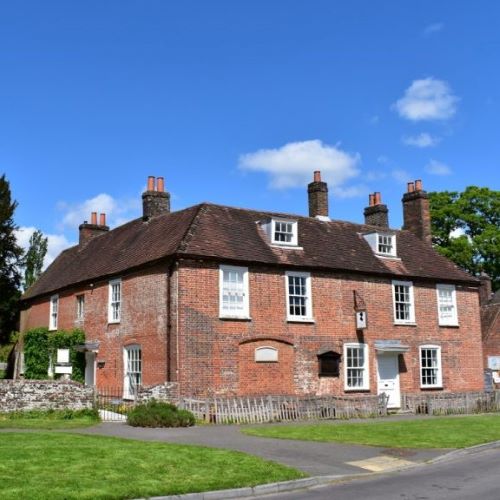 Hampshire’s 140 acre Marwell Zoo doubled as ‘Marwood Zoo’ in Fierce Creatures (1997), a transatlantic comedy starring John Cleese. This film was also a reunion for the cast of ‘A Fish Called Wanda’. Visitors to Marwell can discover over 180 exotic and endangered species. 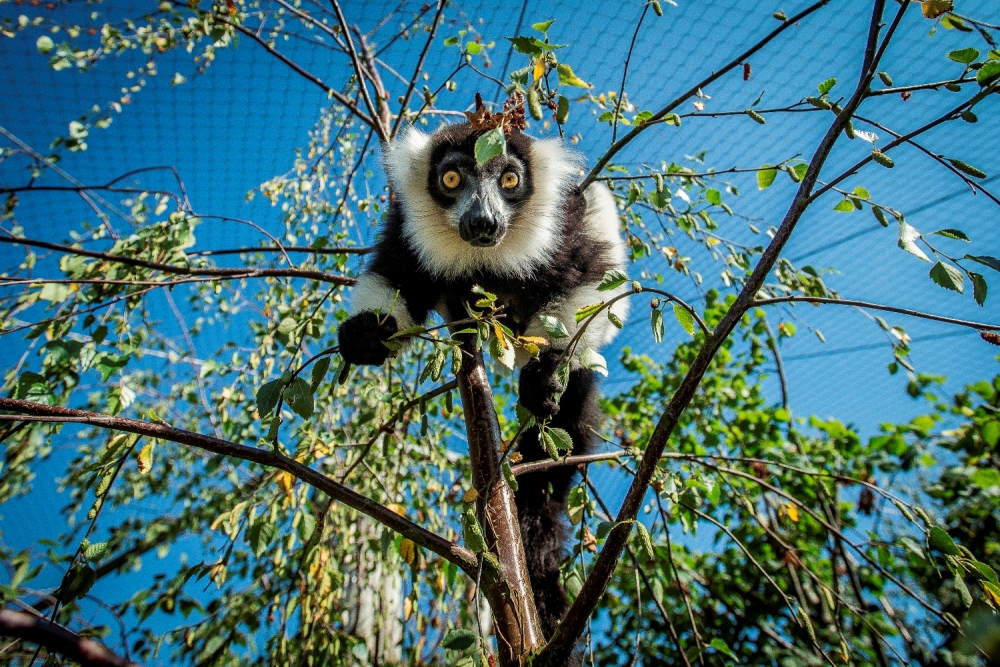 Daniel Deronda (2002), starring Hugh Bonneville a mini TV series set in Victorian London, Gwendolen Harleth is drawn to Daniel Deronda, a selfless and intelligent gentleman of unknown parentage, but her own desperate need for financial security may destroy her chance at happiness. 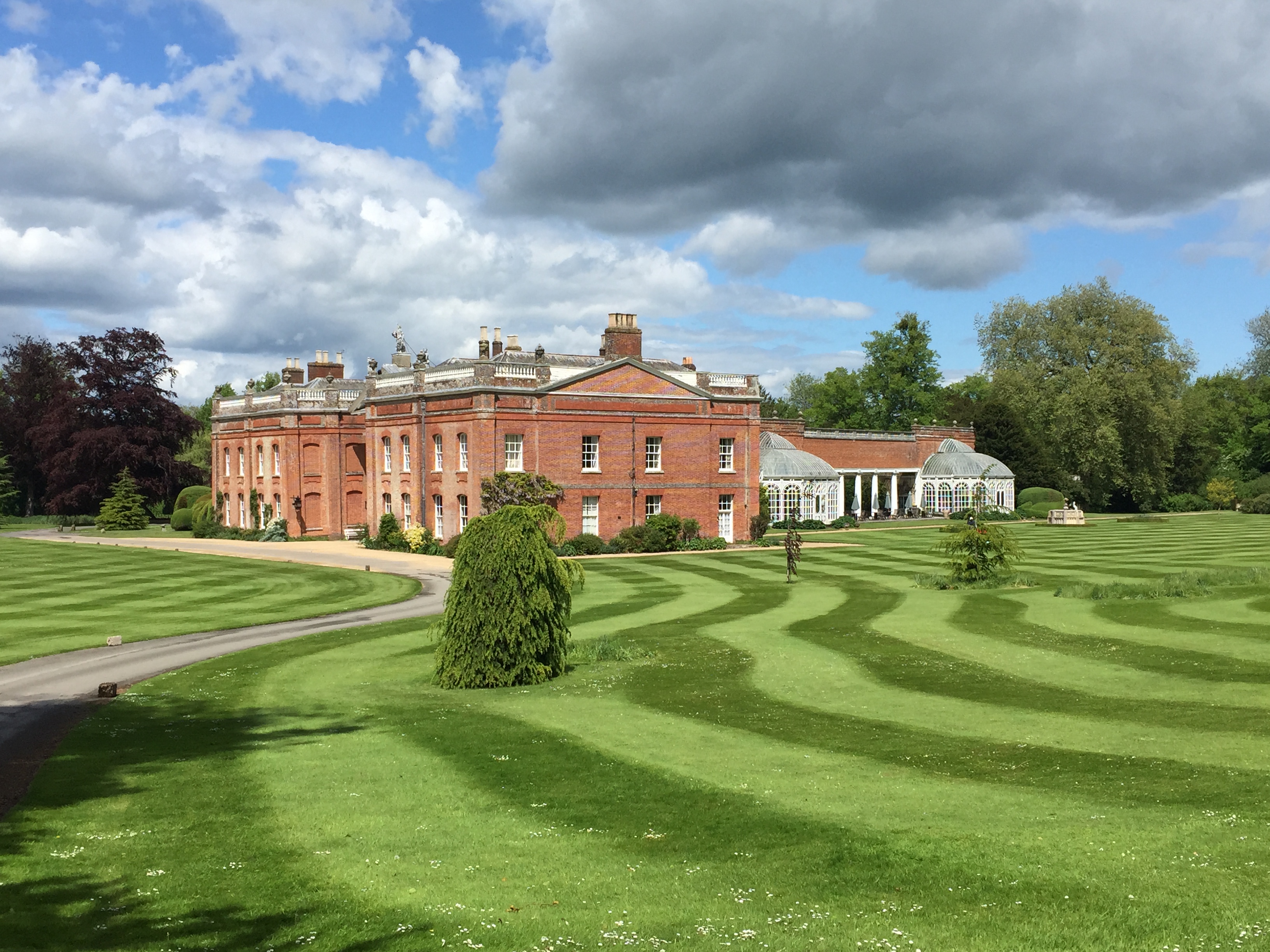 Beaulieu Motor Museum is home to a whole host of vehicles used in films such as Die Another Day, Mr Bean’s Mini and the Flying Ford from Harry Potter and the Chamber of Secrets, to name but a few.

Bolero (1984) a film featuring Bo Derek, also had films shot at Beaulieu Motor Museum, a romantic comedy set in the 1920s, a young woman sets out to lose her virginity. Her mission leads her to a Moroccan sheikh and a Spanish bullfighter.

The Beaulieu Motor Musuem has also featured in TV series such as Treasure Hunters, The Petrol Age and Most Haunted. 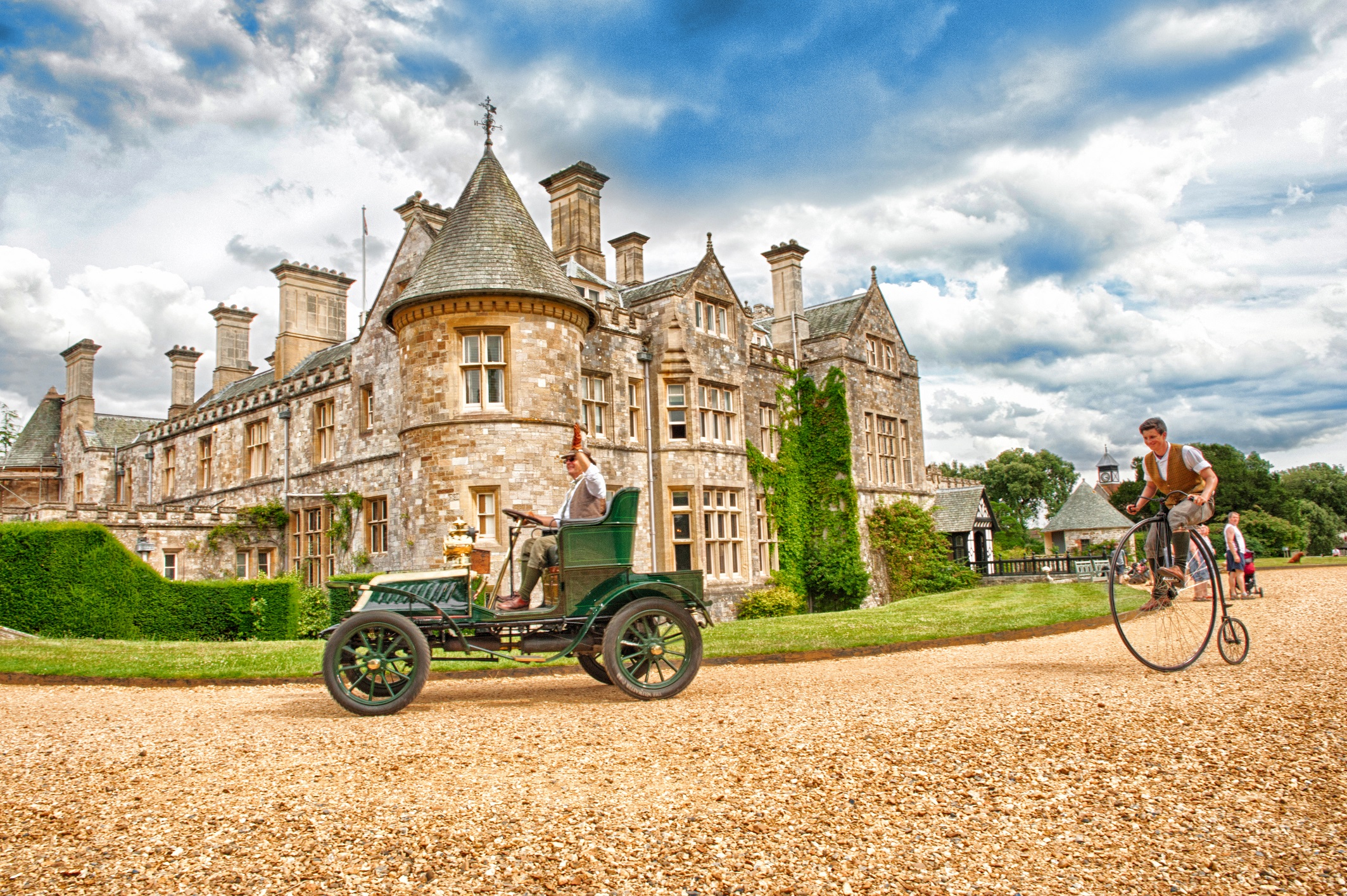 Close to Winchester you can find the magnificent Highclere Castle, in Newbury only  a 30 minute drive from Winchester, which was famously used to film the popular Downton Abbey TV series and film, making it a very iconic building.

There are many other things that have been filmed in and around Winchester, including Location, Location, Location who were on the hunt for a house in the Winchester and Southampton area, Antiques Roadshow on a number of occasions, and one of the Cadfael Mysteries takes place in Winchester – An Excellent Mystery by Ellis Peters.

Bollywood heartthrob Ajay Devgan’s film TEZZ was filmed in Winchester in back in 2011.

The Lost, a 2006 war/horror film starring Stuart Brennan about three soldiers find themselves lost in a seemingly endless forest on enemy soil as World War Two rages around them, was filmed in different locations across Winchester.