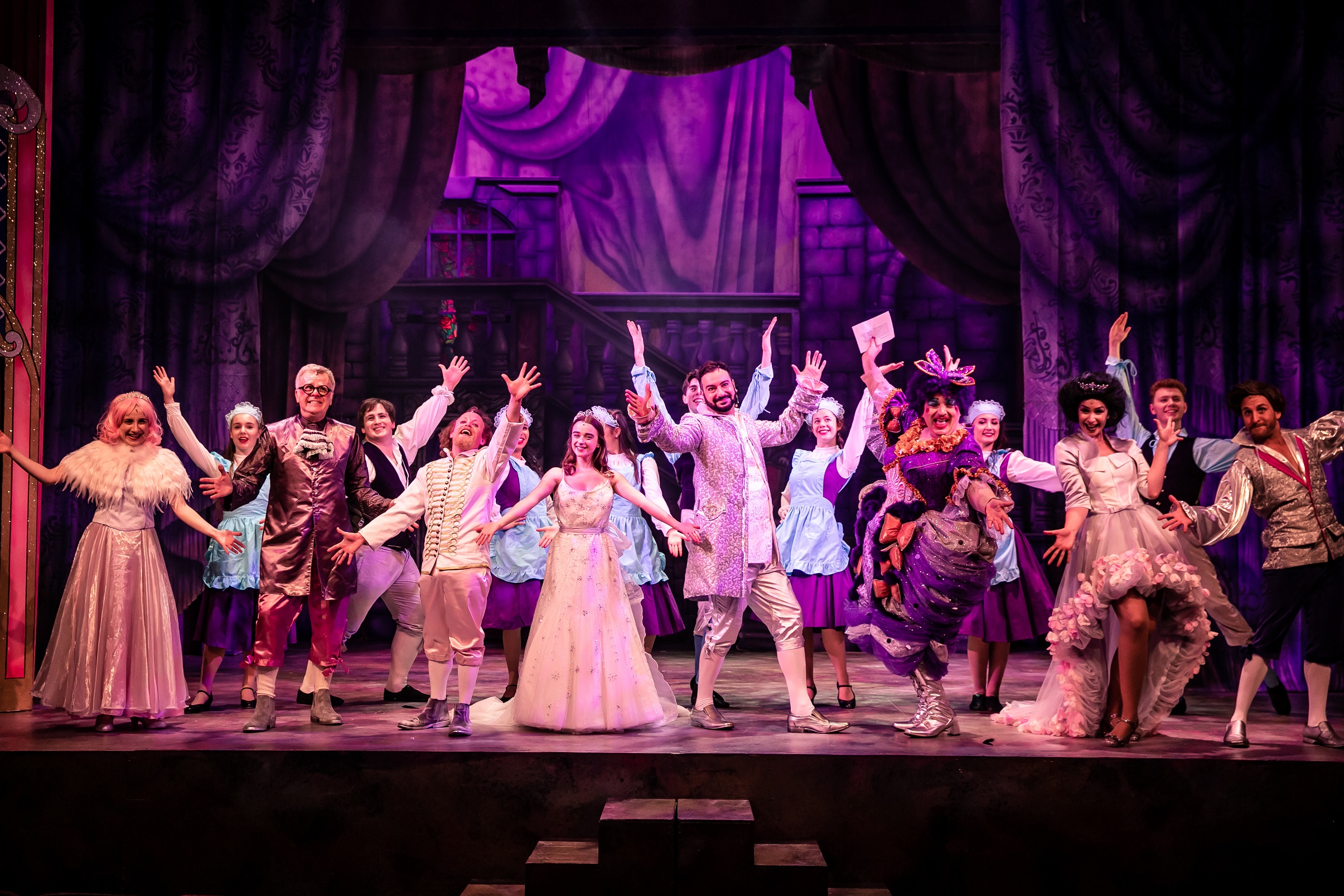 Beauty and The Beast Production Photos © The Other Richard

James Barry (lyricist) and Simon Slater, (composer) have been nominated for the Musical Achievement Award in the Great British Pantomime Awards for their musical score of Theatre Royal Winchester’s traditional pantomime, Beauty and the Beast.

The nominations were announced by comedian Al Murray via Facebook on Sunday evening. The winners will be announced at a spectacular awards ceremony at the New Wimbledon Theatre on Sunday 28 April. The awards will be hosted by panto veteran Christopher Biggins.

The judging team visited over 200 pantomimes across the country during December and January, visiting in excess of 750 performances. The judging panel included current and retired industry professionals; theatre academics as well as media and communications professionals. The performances were marked against a number of criteria and quality benchmark.

James Barry has written and directed the last 14 consecutive scripts for Theatre Royal Winchester, working with Simon Slater on the last 10 productions. In addition to pantomime titles, James has scripted Three Musketeers, and Sherlock’s Excellent Adventure and in the early 80s shows such as as No 73. Simon Slater has composed original music for over 300 theatre, film, TV and radio productions including Constellations (Duke of York’s and Royal Court, New York) for which he was nominated for an Olivier award.

Beauty and the Beast is the most successful pantomime at Theatre Royal Winchester with almost 20,000 watching the extravaganza last Christmas.

The successful writing partners, James Barry and Simon Slater, are currently working on the music for this year’s pantomime at Theatre Royal Winchester, Dick Whittington, which opens on Saturday 30 November.

The Theatre has recently been shortlisted for a further accolade and is asking fans to vote for them in the ‘Best Family Entertainment Award‘.