Winchester restaurants serve up on the MICHELIN Plate

Winchester’s very own Kyoto Kitchen, Chesil Rectory and Black Rat have all been awarded the MICHELIN Plate: Good cooking award in this year’s Michelin Guide 2021, along with Pulpo Negro in Alresford who have been awarded the Bib Gourmand.

What is the the MICHELIN Plate?

Most people have heard of the MICHELIN Stars coveted by chefs and restaurateurs which highlight a standard of quality found at an establishment, but there are many other places listed in the guide who have not been awarded a star but are recognised for serving good food. These places are awarded the MICHELIN Plate.

What does it mean?

The establishments awarded the MICHELIN Plate are judged by the same five criteria used for starred and Bib Gourmand restaurants, these are the quality of the ingredients used, mastery of flavour and cooking techniques, the personality of the chef in his cuisine, value for money and consistency between visits. Many restaurants move up from the MICHELIN Plate to getting a star in the following years.

What is Bib Gourmand?

The Bib Gourmand distinction is awarded to highlight restaurants offering good food at good prices and is named after Bibendum – the Michelin Man.

According to the MICHELIN Guide’s:

This sweet little restaurant is a hit with the locals. Authentic Japanese dishes are prepared with care and there’s good detail in the execution. The tempura, sushi and sashimi are highlights but don’t overlook the small plates.

It’s been a tough year in the hospitality trade, but it is wonderful that Michelin made the effort to continue to recognise the hard work and creativity of chefs and service teams across the country. We are so pleased to be recognised again with a ‘Good Plate’ award – and that brilliant local eateries such as @theblackratwinchester @chesil_rectory @ghstockbridge and one of our absolute top faves @pulpo__negro have been recognised too. And of course – many many thanks to all of you for your continued support during these difficult times. 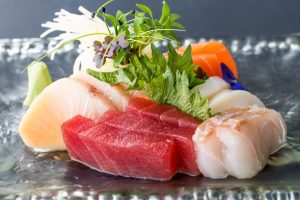 This double-gabled wattle and daub house dates from the 15C and its hugely characterful interior takes in heavy beams and a large inglenook fireplace. Classically based dishes are informed by local, seasonal produce and given a modern twist by the experienced team. Service is friendly.

Eleanor from the Chesil Rectory says:

So delighted to be credited by Michelin once again for our consistent quality & excellence. The situation in hospitality  at the moment  is so rough, but our experienced & loyal team have pulled together like never before.  Especially pleased that Michelin praised our Chefs’ good use of seasonal & local Hampshire produce! 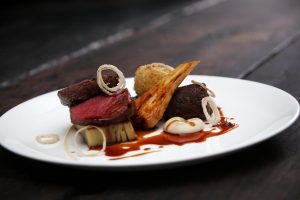 Why The Black Rat?

The MICHELIN Guide’s point of view:

With its shabby-chic bohemian style and heated huts on the terrace, the Black Rat is somewhere a little different. Start in the bar surrounded by objets d’art and choose something from the 30-strong gin selection. Echoing the surroundings, the concise weekly menu has some quirky touches.

A characterful, laid-back restaurant in an old townhouse; its name translates as ‘Black Octopus’. The stylish interior features exposed brick, rough floorboards and an open kitchen. The chef-owner hails from Barcelona and his tasty, authentic tapas is accompanied by a good choice of Spanish wines.

Read what else the Michelin Guide has to say about Pulpo Negro here.

Book your MICHELIN approved take away and bring that good food home. Browse the menu at Kyoto Kitchen and The Chesil Rectory now.

Read more about what is means to be in the MICHELIN Guide here.