May is National Walking Month, the perfect time to grab your walking shoes and explore all the Winchester district has to offer. Check out some of our favourite self-guided trails below.

Follow in King Alfred’s footsteps on this tour of Winchester’s historic landmarks.

This walk is divided into three loops so you can choose how much to do. Set out from the famous statue of King Alfred and explore the heart of the ancient capital, the upper city and Alfred’s final resting place in Hyde Abbey Gardens.

This trail is a favourite for both walkers as cyclists who want to enjoy the beautiful open space of St Cross and the panoramic views of the city from the top of St Catherine’s Hill. Journey along the Hockley Viaduct, originally opened in 1891 as part of the Didcot to Southampton railway. Make your way out of the city centre and travel along the Viaduct Way to enjoy some scenic views from a lovingly restored local landmark. 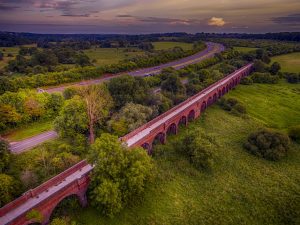 In 1485 Henry VII became the first king of the Tudor royal family. Times were unsteady during this period with the end of the war of the Roses, Black Death and the Hundred Year War, causing Winchester to be in a steady decline. However a succession of Tudor Monarchs still favoured Winchester choosing for key events to occur here, follow this trail and see what you can discover about Tudors in Winchester.

Follow the Cheriton trail and trace the movements of the soldiers who shaped our nation. The Battle of Cheriton was a major turning point in the English Civil War and resulted in an important Parliamentarian victory that helped shape the future of England. Embark on the walk taken by the troops on 29 March 1644 to the Cheriton Battlefield. 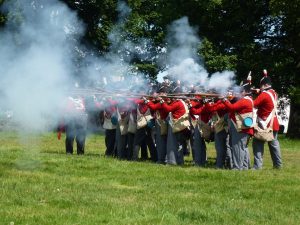 We have a great range of trails to follow, find them all here.