On 10 February 2022 a life-size bronze statue of Licoricia of Winchester was unveiled on Jewry Street, part of the Jewish quarter. But who was she? 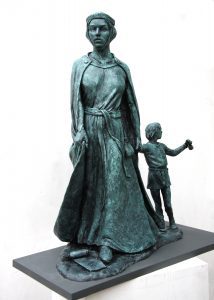 Described as the most important Jewish woman in medieval England*, Licoricia (early C13 – 1277) was a mother to son Asher – who also features in the statue. She was a successful businesswoman and a prominent member of Winchester’s medieval Jewish community. She was highly educated and became one of the foremost Jewish moneylenders in Winchester – with regular dealings with royalty including Henry III and other nobility in southern England.

Her statue, which now stands outside The Arc (formerly Winchester Discovery Centre), shows her wearing the clothes of a wealthy woman of the time. Jews were required to wear distinctive dress, but Licoricia is not as wealthier Jews like herself paid for the privilege not to. In her hand she holds a tallage or tax demand – Jews were harshly taxed and demands were often accompanied by imprisonment. When her husband David died Licoricia paid thousands to the King, helping to build Westminster Abbey. Her son appears in mid-13th century dress, holding a dreidel – a spinning top. 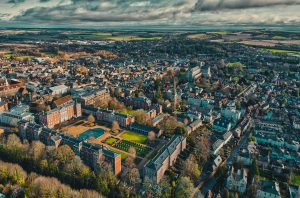 The idea for her statue was conceived after the founders of the Licoricia of Winchester Appeal realised how significant Winchester’s medieval Jewish community was and how little memory and evidence of that community is left today; as well as how important it was to recognise and celebrate Licoricia in the city where she had lived over 800 years ago.

Jews were part of the English community from 1067 to 1290 and contributed to the building of iconic places of worship and other institutions; and to trade and culture. As a minority the Jews made an outsized contribution to English society and economy and their story highlights the danger of the majority limiting the freedom of the minority. 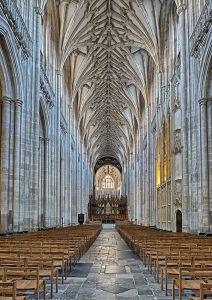 It is hoped Licoricia’s statue shines a light on Winchester’s Jewish history and a leaflet has been produced about her and the city’s medieval Jewish community, available from the visitor information centre – where you can also pick up a leaflet for Winchester’s Medieval Jewish Trail, highlighting sites of interest, many of which centre around Jewry Street where Licoricia lived.

The statue was sculpted by multi award-winning sculptor, Ian Rank-Broadley FRSS – whose effigy of HM Queen Elizabeth II has appeared on all UK and Commonwealth coins since 1998. As there are no known illustrations of Licoricia, Ian took inspiration from his daughter and grandson who are also Jewish. The statue was unveiled by Nigel Atkinson Esq, HM Lord-Lieutenant of Hampshire (in lieu of HRH The Prince of Wales) and blessed by Chief Rabbi Ephraim Mirvis, in front of other faith leaders who had come to show their support for the project.

It is hoped that the statue will promote female achievement and inspire young people and women today to recognise the role of education in helping them to gain opportunities in life; as well as teach tolerance and diversity in the community. The words on the plinth: ‘Love Thy Neighbour As Thyself’ are intended to foster reconciliation. 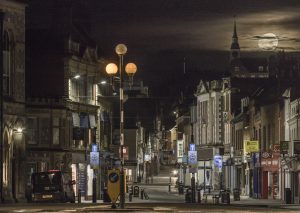 To learn more about the lessons we can take from the statue, visit here. Educational resources have been produced in connection with the statue – to help pupils learn about Licoricia’s extraordinary life and what it reveals about medieval society and how it treated its Jewish community. Find out what is available here. Alternatively, for more about the statue, visit the project website here.

Supporters of the project founded by the Licoricia of Winchester Appeal include Hampshire County Council, Winchester City Council, Hampshire Cultural Trust, Winchester Cathedral Chapter, the Council of Christians and Jews, and the Holocaust Educational Trust.