Visit Winchester > Blog > King and Scribes: The Birth of a Nation

After almost ten years of planning, Kings and Scribes: The Birth of a Nation, will open to the public on Tuesday 21 May 2019. This spectacular new three-level exhibition will take visitors on a journey through over 1,000 years of history, highlighting some of the nation’s greatest treasures and revealing Winchester’s unique role in shaping early English history – all this against a backdrop of awe-inspiring views of the Cathedral.

There will be four exciting galleries to explore – A Scribe’s Tale will showcase all four volumes of the magnificent 12th-century Winchester Bible whilst Decoding the Stones will unlock the mysteries of the Cathedral’s unique architectural heritage. Finally, The Birth of a Nation takes visitors on an intriguing journey of discovery to unearth the secrets concealed within the Cathedral’s unique mortuary chests, believed to contain the remains of pre-Conquest kings and bishops.

Winchester Cathedral is a living monument to the heritage of England and is one of the most historically significant buildings in Britain. From the time of Alfred the Great until after the Norman Conquest, Winchester was England’s capital and the Cathedral was its royal chapel. Much of England’s early history was based here and twelve English kings are believed to be buried here – meaning that Winchester can lay claim to being the first Royal Mausoleum.

The opening of Kings and Scribes: The Birth of a Nation  marks the culmination of an ambitious National Lottery Funded project, together with other generous supporters, to unlock the Cathedral’s stories and treasures by inspiring active engagement in the interpretation and exploration of our heritage.

Here is some more detail on the new galleries:

The Winchester Bible is the largest and finest of all surviving 12th-century English bibles. Hear the incredible story of how and why the Winchester Bible was made, in the Cathedral where it was created, and admire its exquisite illuminated initials and elaborate decorative schemes.

The birth of a nation

Winchester played a unique role in shaping early English history and Old Minster, the Anglo-Saxon Cathedral, lay at the centre of its foundation. Join us on an intriguing journey of discovery as we unearth the secrets hidden within the Cathedral’s mortuary chests, meet influential Anglo-Saxon kings in the city from which they ruled and discover the role of Winchester’s Anglo-Saxon and Norman Cathedrals in the birth of a nation.

Unlock the mysteries of Winchester Cathedral, a building which has been created, destroyed and remade over centuries of struggle and Civil War. Decoding the Stones will tell the story of the Cathedral itself, linking modern restoration works and contemporary craftspeople with their medieval predecessors.

Explore the realities of monastic life at Winchester Cathedral Priory with a fascinating rolling programme of displays from the Cathedral archives. The Mezzanine also provides access to the remarkable 17th-century Morley Library and its outstanding collection of books, which have remained in their current location for over 400 years. 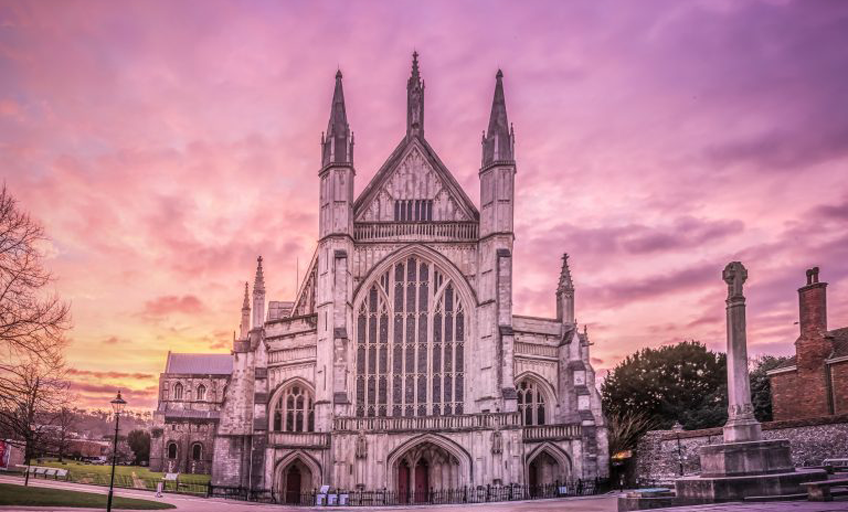