Follow the St James’ Way pilgrimage route, waymarked in time for the Feast of St James. 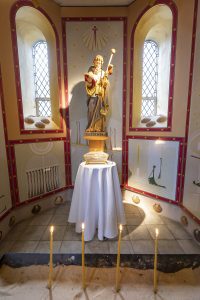 On 25 July it’s the Feast of St James, the patron saint of Santiago and all of Spain. The feast is a huge celebration in modern-day Galicia in north-west Spain; and in medieval times it had resonance in England – with a fair taking place in Reading lasting four days, which attracted both pilgrims and traders to the town.

Ahead of the Feast of St James, a new walking route following in the footsteps of the medieval pilgrims who used to walk from the south of England to Santiago de Compostela in Spain has been launched.

The St James’ Way between Reading and Southampton revives a historic English pilgrimage route with modern waymarking, a new guidebook and support from tourism organisations, hospitality businesses and churches along its 68-mile length.

The St James’ Way is one of the UK legs of the world-renowned pilgrimage route, the Camino de Santiago. It is designed for modern-day pilgrims and walkers interested in retracing the historic pilgrim route and can be walked in stages or over five days. The route links to the ‘Camino Ingles’, the final part of the pilgrim route in north-west Spain and one of the main seven official Camino de Santiago routes.

The route passes through Alresford and follows the St Swithun’s Way west to Winchester, England’s capital under the Saxons. Winchester Cathedral was a Benedictine foundation, of which several buildings, including the Pilgrims’ Hall, survive. Also Benedictine were St Mary’s Abbey, also called the Nunnaminster, of which some foundations can be seen, and Hyde Abbey, of which the Gateway remains, and St Bartholomew’s church is built of some of the stone. Nothing remains of the four friaries, though there are some fragments of the hospitals of St John and St Mary Magdalen. At the latter a 12th-century pilgrim burial showing signs of leprosy was found in 2012. 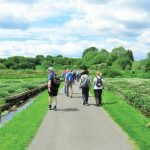 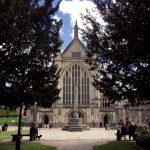 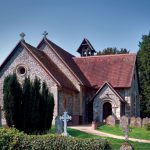 Today, walkers can continue along the river Itchen past the Hospital of St Cross, which still gives out a dole of bread and beer to travellers, and past Southampton airport to Southampton. In the 13th and 14th centuries, medieval pilgrims would have visited Reading Abbey to see the Hand of St James, the most important relic owned by the Abbey. From there they would have continued their pilgrimage through modern-day West Berkshire and Hampshire to Southampton before boarding ships to the north-west coastal cities of A Coruña or Ferrol to walk the remaining 75 km / 113 km respectively to the world-renowned cathedral at Santiago which holds the tomb of St. James, a disciple of Christ and one of the most revered saints for Christians.

The St James’ Way has been waymarked by the Confraternity of St James (CSJ), a volunteer-run organisation dedicated to promoting the camino experience in the UK and Spain, with support from the A Coruña Province Council and the Xunta de Galicia (or Galicia Regional Government). The distinctive dark blue waymarkers with yellow arrows and a scallop shell – the symbol of St. James used on the Camino de Santiago – will help pilgrims, walkers, and families who set out along the route to enjoy their experience and keep on track. 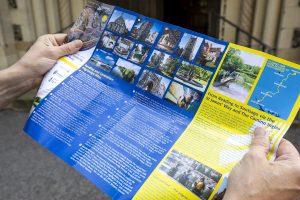 The tradition of pilgrimage dates back to the gift by King Henry I of the ‘Hand of St James the Apostle’ to Reading Abbey in the 12th century, inspiring a four century-long tradition of pilgrimage to see the relic and to continue the journey to Santiago. In modern times, the Camino de Santiago pilgrimage route in Spain is one of the most travelled long-distance walking routes in the world with over 350,000 pilgrims a year taking a variety of routes to Santiago from different parts of Europe and beyond. The St James’ Way provides an accessible route for walkers and pilgrims to experience a UK-leg of the route before completing the route in Spain.

Before setting off on this modern-day pilgrimage, a guide to St. James’ Way and a pilgrim passport are essential kit.  These can be obtained from either the Confraternity of St. James or Reading Museum (open Tues. – Sat., 10am – 4pm). 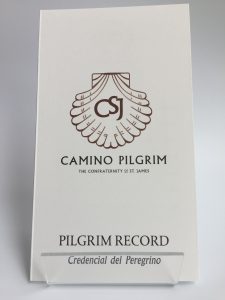 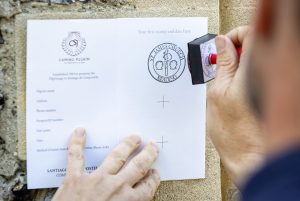 Pilgrims who continue on to Spain must present their passports filled with stamps obtained at churches, cafes and hostels along the way to the Pilgrim Office in Santiago to receive a devotional “Compostela” certificate, acknowledging their achievement and the distance they have walked.

Along the St James’ Way, pilgrim stamps are available at the departure and end points as well as churches and 13 pubs en-route.

Cllr Lucille Thompson, Winchester City Council’s Cabinet Member for Business and Culture, said: “We are looking forward to welcoming walkers both from the UK and further afield as they follow in the footsteps of medieval pilgrims and experience the historic landmarks and sites across the Winchester district as part of this route.”

David Sinclair, a CSJ volunteer overseeing the operational side of the waymarking project, said: “This mammoth project to firmly establish the St. James’ Way as a UK Camino has been an aim of the CSJ for over 30 years.  We hope this initiative opens the path for many individuals to put on their walking gear this summer and, as a pilgrim, discover the St. James’ Way.”

To learn more, visit the Confraternity of St James website, caminoingles.gal or via Visit Reading.