Armed Forces Day (25 June) is an annual event for people to show their support to the men and women of the British Armed Forces (including serving troops, veterans and cadets), plus the forces community and service families. 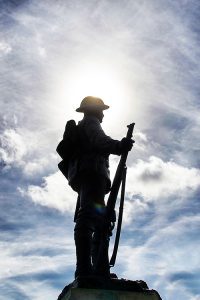 Armed Forces Day takes place on the last Saturday of June. This year it falls on Saturday 25 June – and celebrations leading up to the day begin this Monday, when the Armed Forces Day flag will be raised on buildings and famous landmarks around the country – including The Great Hall, where the Lord-Lieutenant of Hampshire will raise a flag.

In Winchester you can learn more about the Armed Forces and our city and district’s rich military history by visiting Winchester’s Military Museums – situated on the historic and visually beautiful site of Peninsula Barracks, next to the Great Hall. This is a unique site with six military museums to explore: 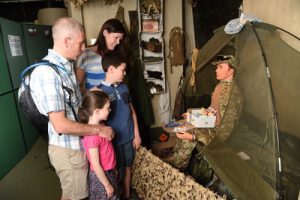 Find out about the regiments ahead of their time with their ideas and approaches to soldiering; admire colourful uniforms, medals, weapons and military models; hear the sounds of battle; try on battle armour; learn about the Gurkhas of Nepal enlisted to fight for Britain; and more.

Or, if you’d like to visit the museums from the comfort of your own home, scroll down the Winchester Military Museum’s website homepage to a link to virtual tours – first made available during lockdown. The Gurkha Museum also has a free online exhibition, Falklands 40, looking back at the Gurkha involvement in the Falklands War, coinciding with the anniversary of the end of the war in June 1982.

In March this year, Winchester City Council signed a new Armed Forces Covenant  in a signatory ceremony at Worthy Down – demonstrating Winchester’s continued support for it’s local Armed Forces Community. Read more here to learn what this means, including nurturing the understanding of issues affecting this community and recognising the sacrifices faced by the Armed Forces. 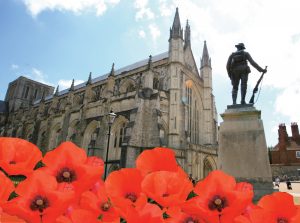 Don’t forget, we also have a Military Trail you can follow, taking you through Winchester city centre and beyond. Learn about Iron Age forts, Civil War sites and the completion of a nuclear bunker site at Twyford. Download the leaflet or pick up a copy from the city’s visitor information centre, on the ground floor of the Guildhall.

Visit Fort Nelson to see the Royal Armouries’ ‘must see’ national collection of artillery. Until Sunday 25 September, experience the free Falklands 40 Exhibition and hear the personal histories of veterans who served in the Falklands. This weekend (Sat 18 and Sun 19 June), there is a Victorian Fair – with Victorian characters roaming the fair and performing; while on Sunday a uniformed group from the Portsdown Artillery Volunteers will talk about life in a Victorian garrison and the fort’s big guns. Finally, on Armed Forces Day and Sunday 26 June, book a guided tour to discover the history of the fort. Entry is by pre-booked ticket only – this will include entrance to the museum, all rides and fairground stalls, live performances and the junior assault course. 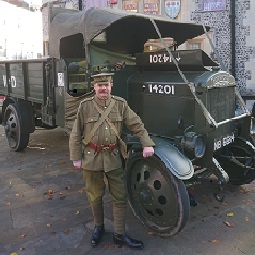 Plus, if you’re in Wickham or West Meon next Saturday 25 June, keep your eyes peeled for a procession of 60 military vehicles as a convoy makes its way across Hampshire. The convoy will start in Southwick and travel through Wickham and West Meon towards Basingstoke. The event has been organised by Royal British Legion volunteers. To read more about the convoy and route, click here. Or visit the Armed Forces Day Convoy 2022 Facebook page.