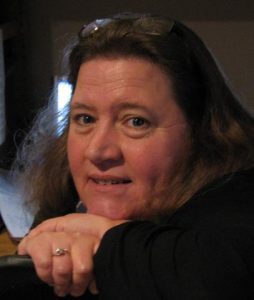 Winchester is home to numerous literary heroes, and is the setting and inspiration behind a multitude of novels and poems; from John Keats’ ode ‘To Autumn’ to a couple of Sherlock Holmes stories such as The Adventure of the Copper Beeches. With Winchester Cathedral being Jane Austen’s final resting place, the city is awash with literary heritage waiting to be discovered.

Madelaine Smith is manager of Winchester Poetry Festival, well versed in the hidden history of Winchester; Madelaine has contributed to several projects and the resulting books on aspects of the city. She has a special interest in Jane Austen, and her associations with the city, as well as the city’s many other famous literary faces. As poetry festival manager, Madelaine is very much a part of Winchester’s literary landscape, making her the perfect Creative Ambassador.

Winchester is a festival hub, and Madelaine has enthusiastically contributed to its festival scene, having been involved in the Writers, Science and Poetry festivals among others. Having lived in Winchester for over 18 years, and being a regular visitor before that, Madelaine can’t wait to share with others why she truly loves this perfect English city.