Visit Winchester > Blog > All aboard the Flying Scotsman!

All aboard the Flying Scotsman!

Experience the romance of the world’s most iconic passenger locomotive…

It’s full steam ahead for Alresford’s Watercress Line as they welcome the world famous Flying Scotsman to the heritage railway for the first time in early spring 2020.

Come and get up close at Alresford or Alton stations to enjoy the sights, sounds and smells of steam travel from a bygone age or travel behind this magnificent engine as it journeys through the beautiful Hampshire countryside from Alresford to Alton stations. 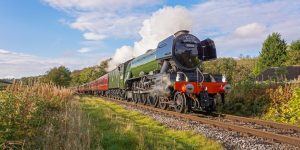 Those lucky enough to have tickets can let the train take the strain as they relax on board during the 10-mile return trip and take in views across Hampshire’s rolling countryside and the picturesque South Downs National Park.  Delicious refreshments will be available at Alresford Station and visitors to the Old Goods Shed will be able to purchase a unique gift to remind them of their journey.

Unprecedented interest has meant that tickets for train journeys are already sold out but enthusiasts will be delighted to know that additional Flying Scotsman experiences will be available at other times.

Don’t miss the opportunity to catch this national treasure in action for a few historic weeks next spring. 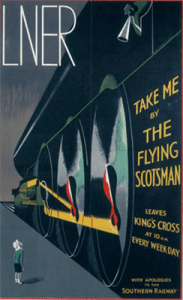 About the Watercress Line

The Mid Hants Railway is affectionately known as the ‘Watercress Line’ due to the involvement of the railway in transporting watercress from the beds in Alresford up to London and the Midlands, between the 1890s and 1960s.

The railway line between Alton and Winchester was closed by British Railways in 1973, but part of it was saved from extinction by a band of enthusiastic volunteers. They initially raised enough money to re-open the line as a heritage railway from Alresford to Ropley in 1977 and continued to raise funds to relay the track to Medstead & Four Marks and then to join up with the main railway network at Alton in 1985.

Today the railway runs the full 10 miles between the market towns of Alresford and Alton, preserving an important piece of our 1940’s – 70’s railway heritage for this generation and many more to follow.

Hop off the train and explore Alresford

Make sure you allow plenty of time to explore the Georgian town of Alresford with its colour-washed houses, riverside walks and specialist shops. Look out for the Alresford Millenium and Alre Valley Trail – a self-guided that links together footpaths around the town, with illustrated boards introducing the history of Alresford, its inhabitants, railway line, wildlife and rural surrounds. 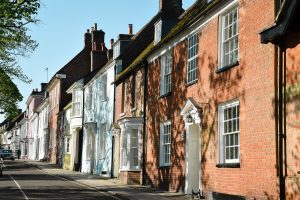