Have you got plans this weekend? If the answer is no, here are 5 of our top things happening in the Winchester district… 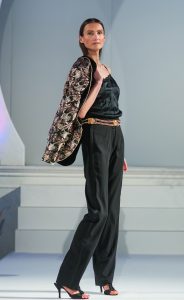 Winchester Fashion Week is proudly presented by Winchester Business Improvement District (BID) working in partnership with this year’s sponsor, the Faculty of Business, Law and Digital Technologies at the University of Winchester.

2022 sees the return of the popular Grand Finale Catwalk Show, after a two-year hiatus due to the COVID-19 pandemic, which will be held at the University of Winchester on Saturday 9th April 2022 from 7pm-10pm. A fabulous night filled with glitz and glamour, and professional models showcasing both national and local independent retails of Winchester city centre from Gieves & Hawkes, Anthropologie and Jigsaw to Mint Tea Boutique, H&B Style, Ellie & Bea, Brides of Winchester and Lark Kids and many more. There will also be pop up shops and stallholders, so this event is not to be missed. Tickets are now available to buy here.

🐰 Bounce around Winchester with the Easter Bunny Hop 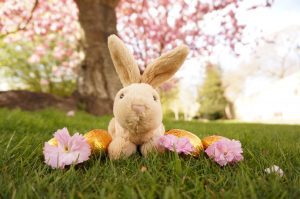 This Easter and during the school holidays, Winchester Business Improvement District (BID) are organising a free and fun-filled, Easter-themed trail for kids and big kids alike.

Before heading out, download your Bunny Hop Easter Trail sheet or collect a copy from the Visitor Information Centre, The Arc or Winchester City Museum.

The city centre will be split into nine areas and each area will have its own Easter-themed word in its own-coloured Easter egg sign.  Using the map from the trail sheet, simply, hop around the beautiful historic streets of Winchester and search for all nine Easter-themed words. Hidden in easter egg signs displayed in the windows of local businesses across the city. Once you have found all nine words, return your completed trail sheet to any of these three locations – Visitor Information Centre, The Arc or the Winchester City Museum, to then redeem an Easter-themed treat and be entered into the prize draw to win an Easter-inspired hamper, filled with lots of great gifts, kindly donated by local businesses. 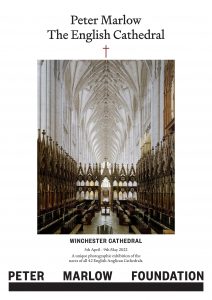 In 2008 Peter was commissioned by Royal Mail on the 300th year anniversary of the completion of St Paul’s Cathedral to photograph 6 cathedrals. These were to be issued as commemorative stamps.

Peter was inspired to continue this pilgrimage and capture all 42 cathedrals of the Church of England using only natural light. This formed an ethereal collection of images, comparing and contrasting the architectural nuances of the Anglican Cathedrals.
The collection has been touring England and is to be displayed in each of the 42 cathedrals. 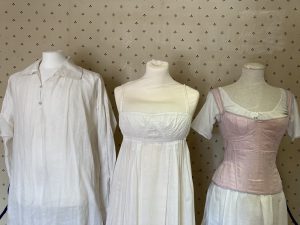 Jane Austen’s House is excited to throw open its doors and reveal a new display that they have been installing this week. ‘Jane Austen Undressed’ showcases Regency underwear – from stays and petticoats to chemises and stockings. Alongside historical garments, they are displaying items of costume from film and TV adaptations – including *that* white shirt…

In Jane Austen Undressed, Jane Austen’s House wanted to explore an area of Jane Austen’s world that her readers would have been intimate with. From chemises to stays to petticoats, the many layers that a Regency woman wore beneath her gown needed no explanation to Jane’s contemporaries, but they are unfamiliar today.

They seized the chance to display historical pieces of Regency underwear alongside iconic pieces from film and TV adaptations – including two key pieces of costume from the 1995 BBC adaptation of Pride and Prejudice…Lizzy Bennet’s petticoat is seen alongside that white shirt, last seen diving into a lake on Mr Darcy, played by Colin Firth. Both garments bring us a little closer to understanding the character.

Lizzy’s muddy petticoat reveals her love of freedom and the outdoors, as she refuses to adhere to convention and walks five miles across muddy fields to Netherfield, instead of travelling sedately in her father’s carriage.

Darcy’s dive into the lake in his shirtsleeves (very much an intimate, private garment at the time) also reveals how comfortable he feels in nature, as he reveals a more informal, less starched side of his personality.

🥚 Make your own eggbox tank at The Rifles Museum 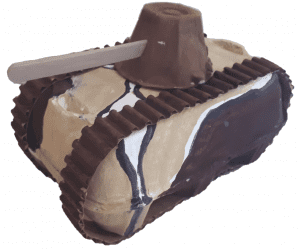 Make your own Eggbox Tank or other armoured vehicle – either based on a real vehicle used by the British Army or your own design! Also, discover the story of how The Rifles and the current Regiment’s antecedents have fought with and alongside tanks.

The activity is suitable for children aged 4 and up. Young visitors may need help with glue and scissors.