Psst… The word on the street is that it’s all happening at Guildhall Winchester this 2019. The heart of the city is getting ready to welcome a brilliant guest list of great names and world-class entertainment. Have you checked out the line-up yet? 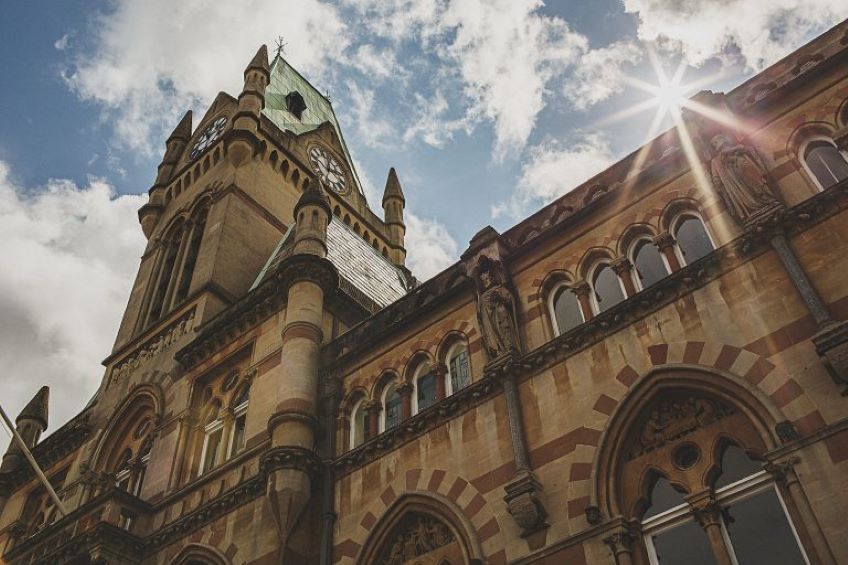 There is a buzz in the air as Guildhall Winchester recently announced that as we move into the second half of 2019, music, comedy, book and sports fans can look forward to seeing some famous faces taking to the stage of this magnificent venue at the heart of the city.

“We are absolutely thrilled to have such an exciting roster of events for the second half of 2019, with more still to be announced. It will help top off a fantastic year of events for us, and shows how far this venue has come over the last five years.”

Kicking things off in July, is the highly acclaimed number one bestselling author Joanna Trollope OBE. Fans of the author and book enthusiasts alike are invited to join Joanna for tea on the 3 July at Guildhall Winchester, where she will be talking about and signing her collective works. 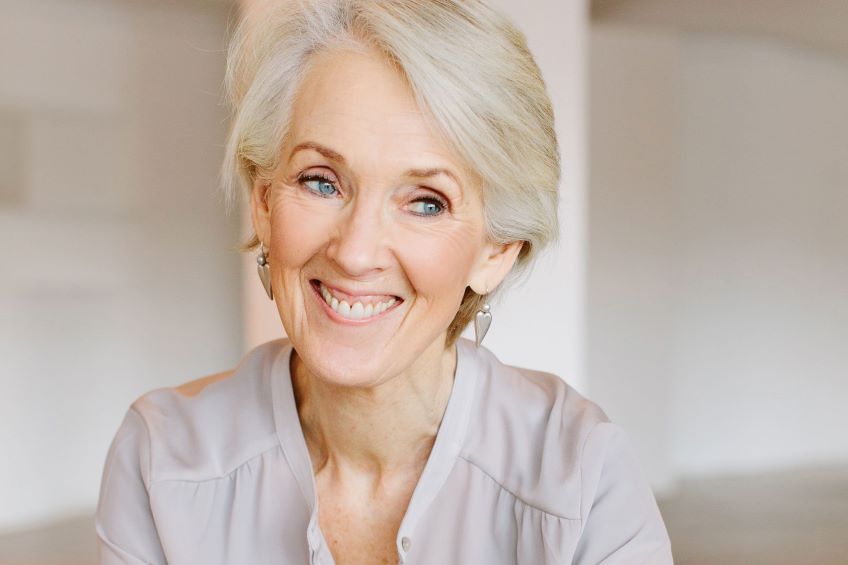 The event is in aid of Winchester Go LD, a charity that supports those with learning disabilities in Winchester and the surrounding district.

Pick up a glass of Bucks Fizz on arrival and tuck into a delicious freshly-prepared tea with scones, sandwiches and sweet treats, all washed down with a choice of Fairtrade coffee, tea or herbal infusion.

Winchester Festival is back from the 5 – 13 July. On top of a selection of concerts and performances, the event invites visitors to attend a wide variety of talks with a host of venues across the city.

Guildhall Winchester is looking forward to welcoming politician Ed Balls, actor Micheal Palin and presenter Andrew Marr, who will all be speaking as part of the week-long festival that celebrates all things music, drama and visual arts.

It’s not every day that you get the opportunity to party the night away to your favourite 80’s hits presented by Spandau Ballet’s bass player and Eastenders star Martin Kemp. Join Guildhall Winchester this September for a step back to the era of big hair, leg warmers and, of course, golden hits from back in the day, all brought to you by the 80’s icon. 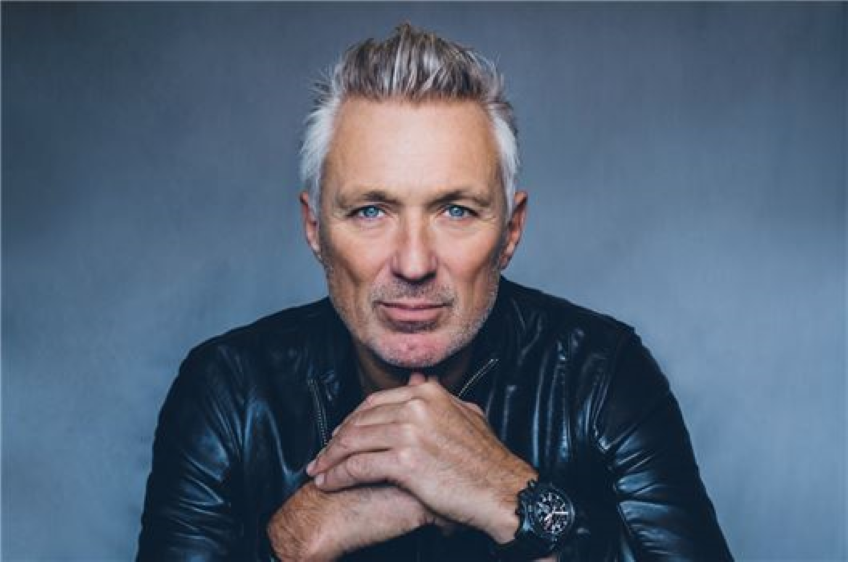 Following two incredible sold-out shows at the Guildhall, the Spandau Ballet star himself is taking back to the decks once again on the evening of Friday 13 September for an eclectic treat of hits.

Whether you are looking for a night out with friends where you can relive the memories of your youth with the immersive musical throwback or are a big fan of the 80’s music scene, this is the perfect opportunity to sing along, dance along and (although not essential but definitely encouraged!) even dress along to the 80’s style in an evening that never fails to impress.

Tickets for this popular event are selling out fast. Buy your tickets from the Guildhall Winchester website.

The festival season continues to party on into late September this year as Guildhall Winchester and the much loved Winchestival collaborate to present Winchester’s indoor music festival. With a fantastic line-up and more acts still waiting to be confirmed, this impressive event is shaping up to be one that music and festival lovers alike shouldn’t miss! 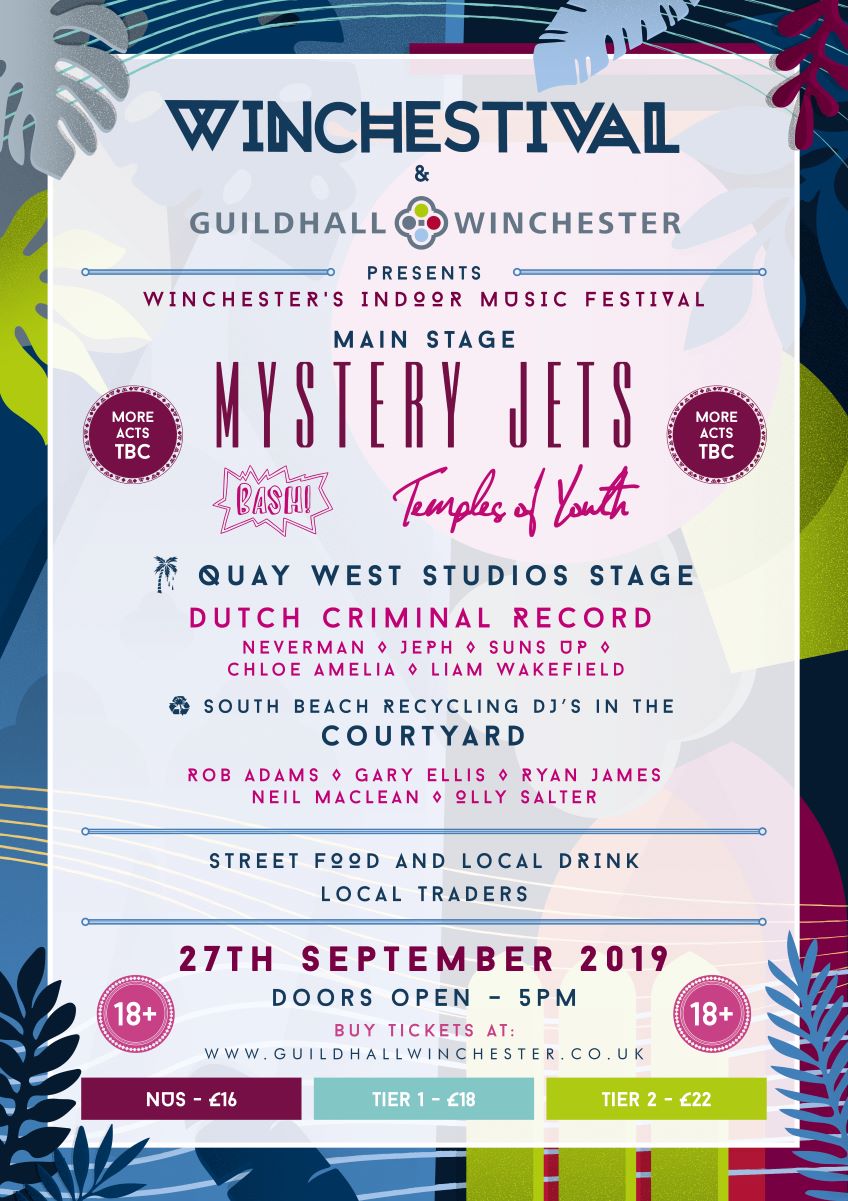 English indie rock band, most famous for hits such as Young Love and Two Doors Down, Mystery Jets will be taking to the stage and lighting up The Bapsy Hall on 27 September as this year’s headline act.

Festival-goers can also soak up the superb line-up of live music from supporting acts Bash! and Temples of Youth, in addition to a showcase of the finest in Hampshire’s up-and-coming artists over on a stage curated by Quay West Studios.

South Beach Recycling DJ’s will be entertaining festival goers into the night with a musical mix of disco, funk, boogie and Balearic edits in the Courtyard Room.  There will also be a scrumptious selection of street foods and local drinks to enjoy throughout the evening.

Following his 17/18 touring hit, comedian Ed Byrne will be bringing his ‘If I’m Honest…’ show to Guildhall Winchester this October. 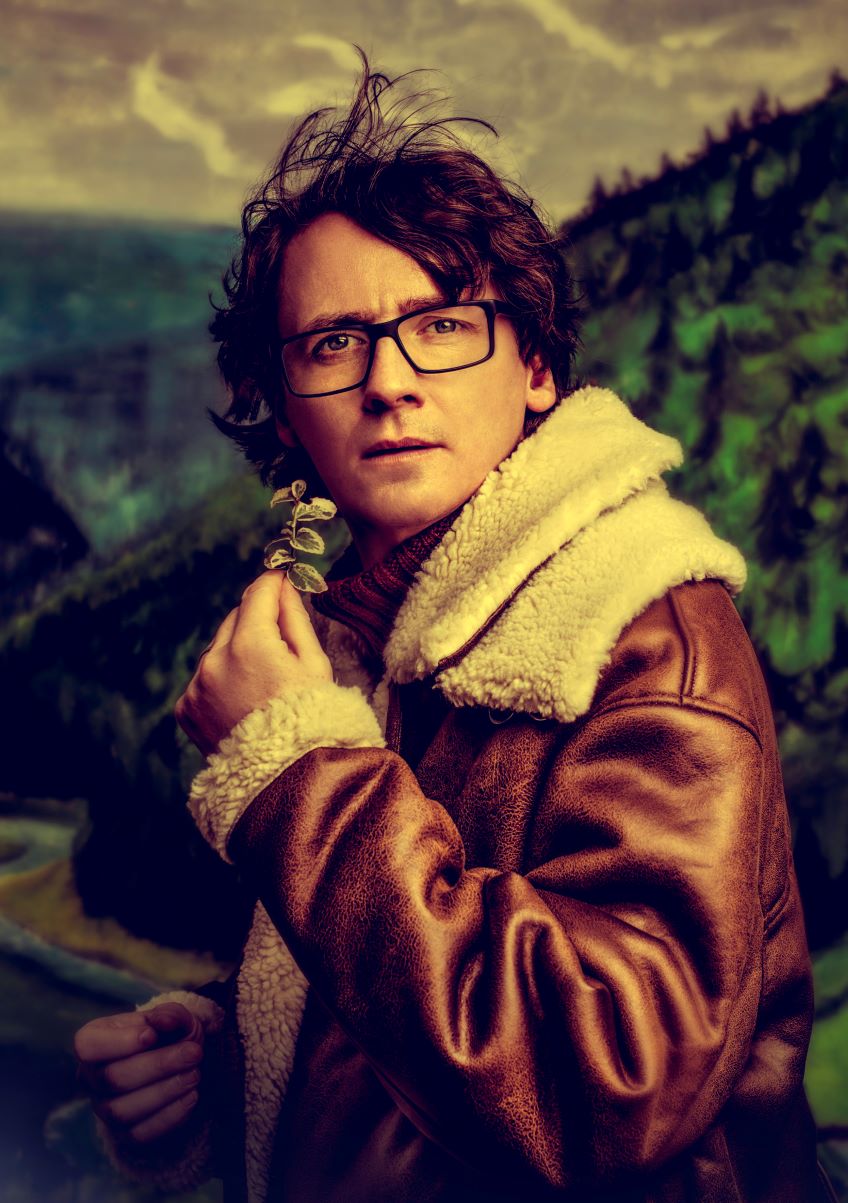 The Irish Comedian has become a popular face on a variety of hit TV comedy shows including Live At The Apollo, Mock the Week and QI as well as appearing on chat shows including The Graham Norton Show and Have I Got News for You.

As a comedian that is well known for filling a room full of laughter with his hilarious observational comedy, ticket holders are sure to leave the Guildhall on the 3rd and 4th of the month with big smiles on their face and plenty to laugh about.

Join Ed as he takes a long hard look at himself and tries to decide if he has any traits that are worth passing on to his children. Please note that this show is for those 16+ and under 18s must be accompanied by an adult.

Guildhall Winchester is looking forward to welcoming Jo Whiley to the city this November as she presents Jo Whiley’s 90’s Anthems. 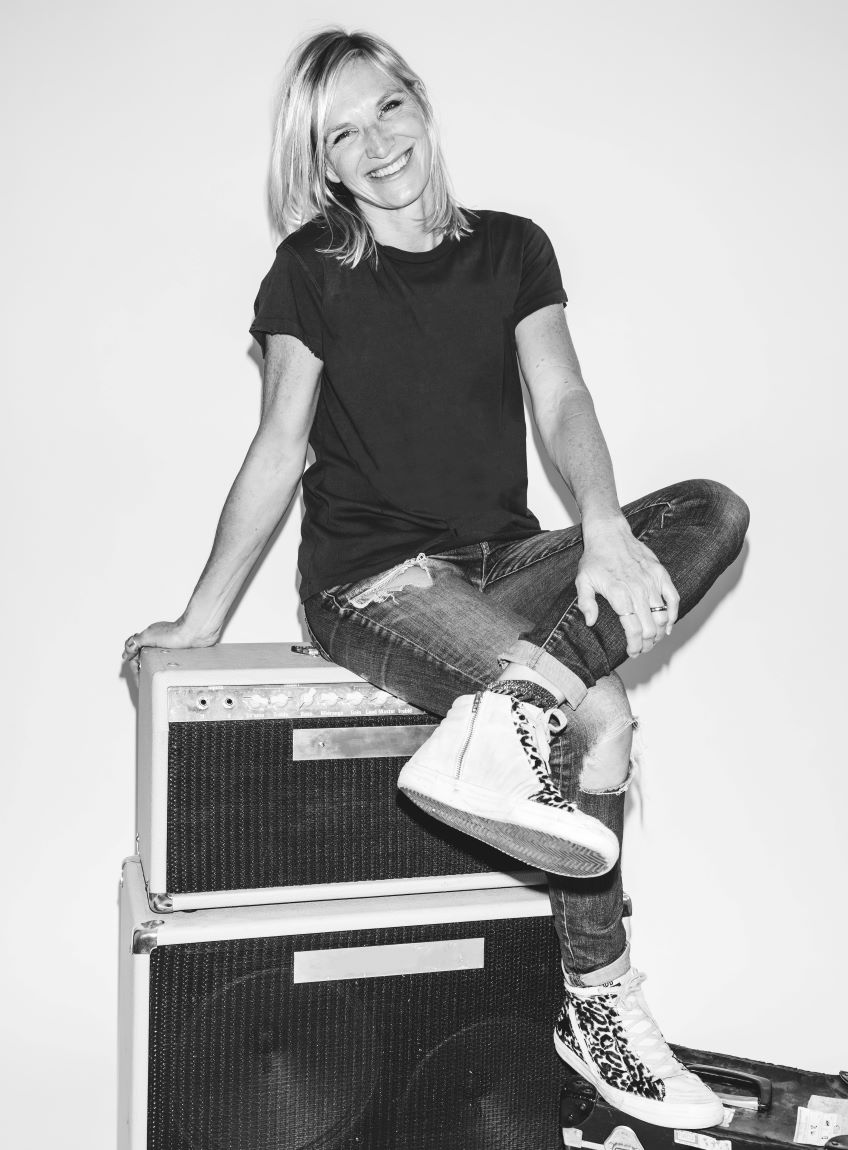 Jo is renowned for breaking artists, interviewing major performers and broadcasting to the highest level in addition to her long-running weekday radio show – The Jo Whiley Show. She is a much-loved favourite amongst BBC Radio 1 and Radio 2 listeners and has made a huge name for herself throughout her Radio and TV career.

Re-rewind back to the era where the likes of Oasis, Blur, Fatboy Slim and Faithless were taking over the charts and working their way into the mixtapes of the nation during the ultimate 90’s night.

Jo will be throwing out all of the best hits from this unforgettable decade on 8 November for what is sure to be the biggest night out you’ll have this year.

Calling all football fans! Guildhall Winchester is excited to welcome ex-footballer and England goal-scoring star Micheal Owen to the city this December.

Throughout his career, he electrified stadiums with his phenomenal pace and awe-inspiring striking skills. Micheal’s talent and dedication to football saw him rack up an outstanding 40 goals for England and as well as over 150 goals throughout his time with Liverpool, Real Madrid, Newcastle, Manchester United and Stoke City. 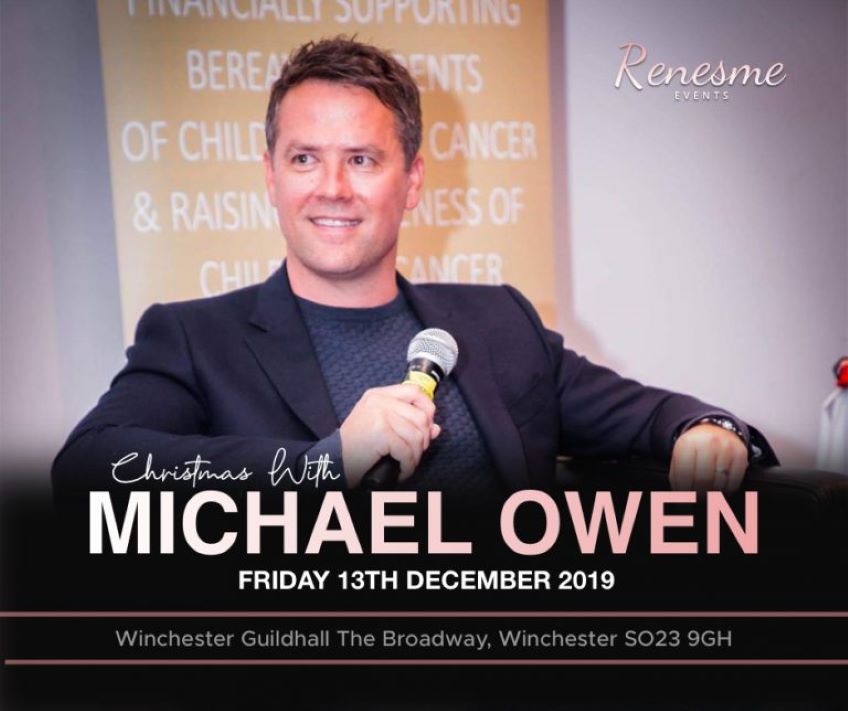 Renowned for that unforgettable 1998 World Cup goal that still gives us goose pimples to this day – when the nation was wowed as 18-year-old Micheal Owen scored a magical solo goal whilst playing for England against Argentina.

He was and still remains to be, England’s youngest ever goalscorer at a World Cup Finals. He went on to represent England at a further two World Cups and two UEFA European Football Championships in 2000 and 2004 before retiring in 2013.

The legend himself is making a visit to Winchester to share his story in a live interview and Christmas party evening. Whether you’re seeking a Christmas party with a football twist, looking to treat a loved one during the festive period or are simply a fan of the great sport, this is a perfect opportunity to let your hair down whilst hearing all about Micheal’s exhilarating footballing career.

There are three dining packages to choose from, in addition to a non-dining package starting from £40. All guests are invited to a live interview, audience question and answer session, as well as an auction and raffle to raise money for a local charity.

Those who opt for a dining package can enjoy a three-course dinner, priority or front row seating as well as an exclusive meet, greet and photo with Micheal Owen.